Most of us spent our 11th birthdays waiting, desperately, for parchment-printed letters declaring our admission to Hogwarts School of Witchcraft and Wizardry. When those letters failed to arrive, we continued to line up outside of Barnes & Noble, waiting late into the night, year after year, to collect editions of the latest installment of Harry Potter. Now, once again, we'll wait: Niantic, the team behind Pokémon Go, will not grant us access to the Wizarding World via a new augmented reality game until 2019.

First announced in 2017, the game, titled Harry Potter: Wizards Unite, finally invites players and Potter fans to navigate a universe ruled by the Ministry of Magic. It's every Hogwarts-devotee's dream come true.

"The following information is now officially muggle-proofed," the game's website reads upon entry. "The Ministry is looking for witches and wizards willing to roll up their sleeves and volunteer to save the Wizarding World from the Calamity." As a member of the Statute of Secrecy Task Force -- a militia formed by the Ministry of Magic and the International Confederation of Wizards -- it will be your job to put a stop to that very Calamity. Unfortunately, we don't know what the Calamity is just yet. 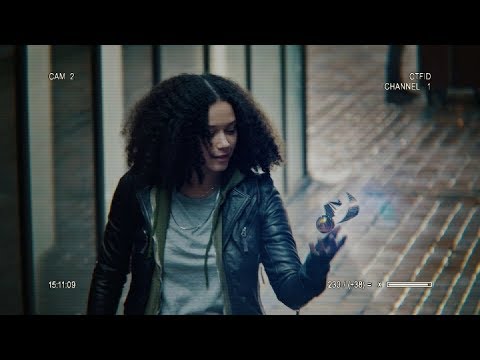 There are, however, a few things we can deduce from the game's teaser. We definitely see the Golden Snitch, and we hear a young witch incant "immobulis" -- which you obviously know is the spell that stops an object from moving because you are not a muggle.

While defending the Ministry as part of the Statue of Secret Task Force, you will “explore real-world surroundings to unravel a global mystery, cast spells, and encounter fantastic beasts and iconic characters along the way,” according to a press release. So, no, you will not be tossing Pokeballs and battling gym leaders, but you might encounter a centaur or two while you parade down Diagon Alley.

Like with everything else in the Wizarding World, it'll be worth waiting for.