Dog Hilariously Botches Agility Course, Has the Time of His Life Doing It

It's easy to get down on yourself when you're having an off day, but a good way to deal with one is to keep your head up and maintain a happy go lucky attitude... 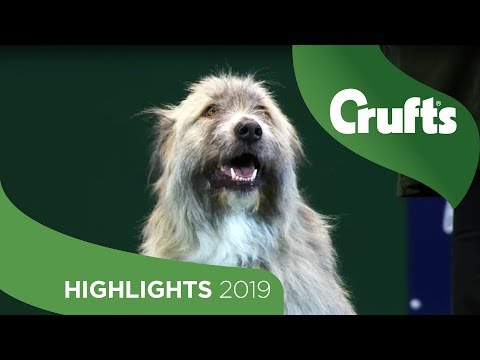 It's easy to get down on yourself when you're having an off day, but a good way to deal with one is to keep your head up and maintain a happy-go-lucky attitude. It's tough, for sure, but if you ever need some help channeling that sort of energy you should take a cue from this adorable rescue dog named Kratu, who epically failed his way through an agility course at a recent dog show... but ended up winning over the crowd with his unflinching enthusiasm while doing so.

During the Crufts dog show in the UK last week, a big fluffy rescue dog named Baron Kratu von Bearbum (Kratu for short) turned heads during his run through the agility course. It wasn't because he aced it like other pups we've seen lately, but rather because he royally botched the whole thing. It really is a sight to behold, from his repeated missing of hurdles, to hiding in the tunnels, to taking breaks to greet folks on the sidelines. However, judging by the clip (shown above) he didn't let his sub-par performance get to him, and remains gleefully oblivious throughout the whole thing. By the end, the onlookers are most definitely on his side. Even the commentators love him.

Try not to let Kratu win you over by the end of it. We dare you.

Joe McGauley is a senior writer for Thrillist. Follow him @jwmcgauley.
Thrillist TV
History of
The History of Tailgating