A New Study Investigates the Best Way to Open an Oreo

Oreology deep dives into how to get equal creme on each cookie when splitting the iconic treat.

Have you ever twisted open an Oreo cookie only to wonder why the creme only ends up on one of the cookies? For years, this is the same question that has plagued Crystal Owens, a Ph.D. candidate in mechanical engineering at the Massachusetts Institute of Technology, so much so that the Ph.D. student just published a study on Oreology.

Oreology, according to the study, is "the study of the flow and fracture of sandwich cookies." Owens has undertaken this delightful task to figure out how to split an Oreo cookie evenly with the help of the scientific method, a team of researchers, and a Rheometer, an instrument that measures the torque and viscosity of various substances.

Owens told Vice in an email that the experiment is near and dear to her. "I was personally motivated by a desire to solve a challenge that had puzzled me as a child: How to open an Oreo and get creme evenly arranged on both wafers?" She also added, "I preferred the taste of the cookies with the creme exposed. If I got a bite of wafer alone it was too dry for me, and if I dunked it in milk the wafer would fall apart too fast." 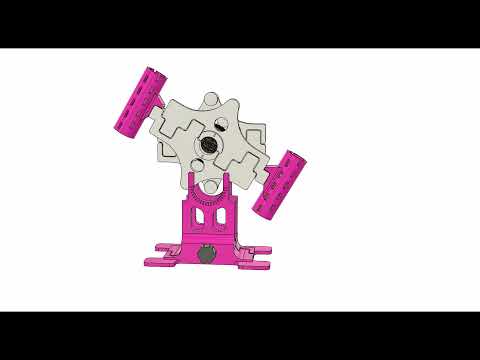 So to figure out if splitting the Oreo creme evenly was possible, Owens and her team used a laboratory Rheometer and invented an "Oreometer," a 3D-printed device "designed for Oreos and similarly dimensioned round objects," according to the study. After each trial twist, the team would log their findings. And what would testing be without some variation? Owens and her team tried dipping the cookies in milk, changing the rotation rate of the Rheometer, and testing different Oreo flavors and filling quantities.

Unfortunately, all of Owen's tries were in vain. According to the scientist, all of her results validated what she saw as a kid, "We found no trick for opening up our Oreos," Owens says. "In essentially all possible twisting configurations, the creme tends to delaminate from one wafer, resulting in one nearly bare wafer and one with almost all the creme. In the case that creme ends up on both wafers, it tends to divide in half so that each wafer has a 'half-moon' of creme rather than a thin layer, so there is no secret to get creme evenly everywhere just by twisting open—you have to mush it manually if that's what you want."

Although Ownes and her team are still at a loss about how to crack open an Oreo cookie with equal creme on each wafer, the study is filled with illuminating facts about Oreo cookies. For example, the actual creme filling does not contain milk at all. According to the study, "[the creme] is actually more of a frosting than a cream like cream cheese or cream fillings in pastries." The team also figured out that Oreos experience "significant structural loss" within a minute of exposure to milk. So all those times you thought it was taking forever for milk to soften your Oreos, all you had to do was wait a literal minute.

For anyone out there looking to take on the Oreo-splitting challenge themselves, Owens and her team shared their 3D printing files in the hopes that people can make and use the device themselves to try their hand at Oreology. "I hope this study also simply inspires people to take puzzles that they're curious about in the world around them and use science to find the answers," says Owens.