The moon is too far away for a total solar eclipse, leaving a blazing ring of the sun's fire burning in the sky.

The last total solar eclipse to cross the United States feels like it took place an impossibly long time ago. (Partly because 2020 has already lasted for six years.) There won't be another total solar eclipse visible in the US until April 8, 2024, which doesn't help lessen that feeling.

So, for now, the eclipse-starved will have to enjoy eclipses taking place in other parts of the world. Three eclipses are happening during the current lunar month, which is rare, and one of those is an annular solar eclipse. Unfortunately, like the penumbral lunar eclipse earlier this month, the solar eclipse that took place on June 21 was not visible in North America. However, you can still watch it online.

An annular solar eclipse is different than a total solar eclipse. During an annular solar eclipse, the moon is at a point in its orbit where it's too far from the Earth to completely blot out the light of the sun. Instead, when the two celestial objects are aligned, you see a fiery ring or partial ring blazing around the dark shadow of the moon. 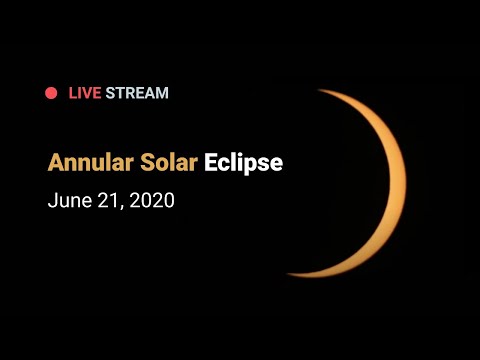 A total solar eclipse may be more stunning to experience in person, but a ring of fire is kind of the perfect eclipse to watch from afar. The eclipse was only visible in parts of Africa, the Middle East, northern India, Pakistan, Taiwan, and southern China, per NASA. However, you can watch the full thing in replay above.

If you're still holding out for that complete daytime blackout, there will be a total solar eclipse this year on December 14. But, like Sunday's eclipse, it won't be visible from North America.

Here are all the best stargazing events that you can get out and see this month or you could stay in a stream the northern lights from home. If you're just getting started, check out our guide to astronomy for beginners.