What the Hell Is Michael Phelps' Arm-Swinging Warmup About?

RIO 2016! It's a showcase for the triumph of the human spirit, opportunity for the world's top athletes to have all the sex, and a possible looming health disaster of epic proportions. High jump over here for all of Thrillist's coverage of the games, and the games beyond the games.

Olympic god of the sea Michael Phelps may possess an aquatically perfect body, but no athlete succeeds without discipline and a kickass warm-up regimen.

OK, OK, all well and good. As a former (decidedly un-Olympic) swimmer, I get that all of those numbers refer to distances in a pool. An Olympic-sized swimming pool is 50 meters in length, so an 800 is 16 laps. And pulling and kicking refer to those things you do with your arms and legs, respectively, when moving with purpose in an aquatic environment. It makes a lot of sense that Michael Phelps would do these things before every race.

So, given all that, what the fresh hell is this thing he does with his arms before every race? 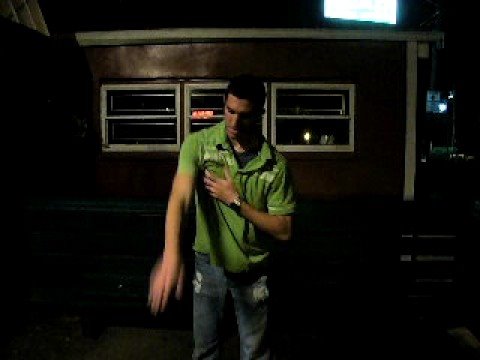 The video above is from 2008, but Phelps still does this before every race, and we've seen it on display in Rio 2016. He extends his massive, 6'7" wingspan and flaps his arms about his chest and back, slapping himself into the zone and becoming a social media sensation and an inspiration to 6-year-olds around the world. It's become a signature move, but is it too haphazard a motion to be an especially useful stretch?

The answer is no. Stretching and training for swimming is actually a much more intense process, and an Olympian like Phelps does the bulk of that away from the starting block. Instead, his routine of three arm swings and back slaps is a key part of how he clears his head before every race. He said as much to the New York Times in 2009:

Once he has cleared his mind and loosened his limbs, Phelps will swim each race over and over in his mind. [...] So when Phelps’s goggles filled with water during the final of the 200 butterfly at the Beijing Olympics, he did not panic; he counted his strokes so he knew where the walls were and lowered his world record.

“When I step onto the blocks to race, I switch into a different gear.”

Phelps is far from the first world-class athlete to draw consistent results from unorthodox methodology. Golden State Warrior and NBA MVP Rick Barry notoriously spent his entire basketball career shooting free throws underhand -- another move that makes you look like kind of a dingus in the moment. Barry, of course, played his dingus game all the way to retirement in 1980, finishing a sterling career with a .900 free throw percentage. Despite looking weird, it's still being mimicked in 2016, and was even featured in an odd NBA motivational video from who-knows-when, where famous Celtics coach Red Auerbach grills Barry on the move.

"I bounce the ball three times. I think repetition in this game is the key to success," Barry says, holding the ball with two hands and his thumbs pointing toward the ceiling.

"Is it repetition or superstition?" Red Auerbach asks.

"I think it's repetition," Barry says, and -- his body relaxed -- he makes every shot. "I recommend the way you can make the most shots as... the way you feel the most confident." 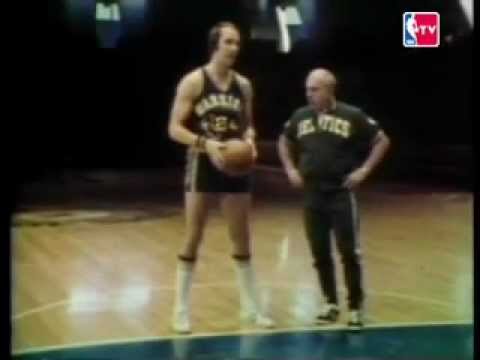 uslifko777/YouTube
Eric Vilas-Boas hasn't swum professionally since a competitor he had a crush on utterly destroyed him in a 400-meter relay, but thank god her name wasn't Michael Phelps. Send your regards on Twitter.