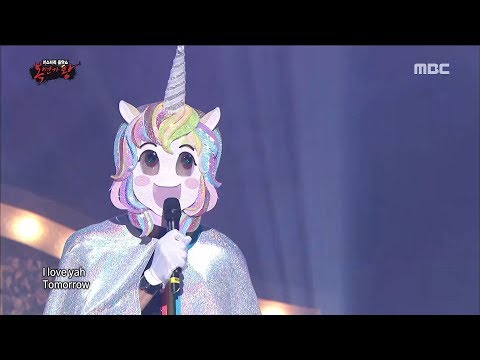 Deadpool promos have consistently found new, unsettling ways to surprise the audience. They've gone well beyond gratuitous violence and flatulence puns. At this point, that's expected. Far more unexpected: A Celine Dion music video where Dion and Deadpool get into a fight. (Yes, that happened.) Ryan Reynolds singing "Tomorrow" from the musical "Annie" while dressed as a unicorn should be right in Deadpool's wheelhouse. Yet, somehow, this isn't a Deadpool 2 trailer.

To be fair, Reynolds was promoting Deadpool 2 over the weekend when he was in South Korea and made a surprise appearance on the singing competition "King of the Mask Singer." The show features a singing duel between masked guests, allowing the competitors to be judged solely on their voices and not their dashing good looks. 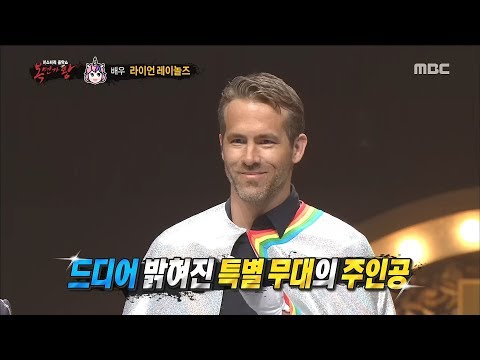 In the first video, you can see Reynolds belt out the tune originally sung by a little red-headed orphan. In the second video, you see the reveal that made the audience and judges lose their damn minds.

Some part of the show involves the judges guessing who is behind the mask. Somehow, one judge thought Reynolds was Donald Trump, which raises so many questions and nearly overshadows how well Reynolds handled the song.


Dustin Nelson is a News Writer with Thrillist. He holds a Guinness World Record but has never met the fingernail lady. Follow him @dlukenelson.
Our Newsletter