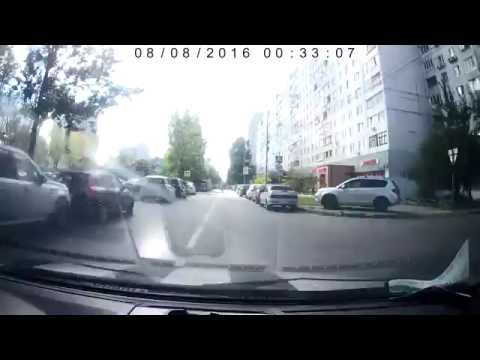 As Forrest Gump once said, "Shit happens." Monday, it happened all over a Russian street near the Altufyevo subway station in Moscow. The deluge of diarrhea was captured on a dash cam and it's super unpleasant to watch.

In a sudden burst from the back of a sewage truck, liquid-y poop splashes a city bus and a white SUV, then proceeds to pour many, many gallons of the nasty stuff onto the streets. The driver with the dash cam gives a chuckle, and pulls around the sewage truck, driving his car through the puddling fecal water, because what else can you do?

The driver of the sewage truck gets out immediately after his caboose blows open, but who knows what you do at that point. Flee and play stupid? Sewage? In a truck?! Nyet.

Fortunately, it looks like the cars that got the brunt of the splash had their windows up, and it doesn't appear that anyone was hurt, aside from the emotional trauma of frantically Googling "car wash Moscow" while driving.

Dustin Nelson is a News Writer with Thrillist. He holds a Guinness World Record, but has never met the fingernail lady. He’s written for Sports Illustrated, Men’s Journal, The Rumpus, and other digital wonderlands. Follow him @dlukenelson.
Our Newsletter