Shaq Somehow Spent $70,000 in a Single Trip to Walmart 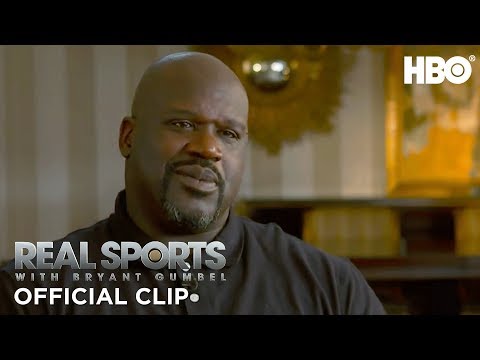 Shaquille O’Neal, best known as the owner of weird feet and the star of Kazaam, is a great host on Inside the NBA because he's weirder and funnier than you might guess if you've never seen him off the court.

He showed that in a recent Real Sports with Bryant Gumbel appearance. In the interview, he claims to have made the biggest single purchase in Walmart history. He spent $70,000 in a single visit. How does that happen? What store possibly has Shaq-sized clothes in stock? If it actually had Shaq-sized clothes, how long had they been sitting there waiting for a 7-foot-1, 325-pound man to walk through the doors?

Shaq was looking to furnish his new home after he was traded from the Miami Heat to the Phoenix Suns. He didn't want to wait for his stuff to arrive from Miami, he says, because he's an impatient guy. Though, he had to exercise a little patience before he could make the purchase. The credit card company rightfully assumed his card had been stolen.

"I have the highest purchase in Walmart history. The CEO will confirm that," he said. "I spent about $70,000 at Walmart in one night. I spent so much American Express thought my credit card was stolen. ... I get traded from Miami and I got Phoenix, and I'm very impatient. They've already got the apartment set up, but I ain't got nothing. I ain't got no towels. I ain't got no pots and pans."

After telling American Express he was buying everything in the store, he needed "a couple trucks" to get the goods to his new apartment. If only it had been the era of people filming every weird thing that happened because we need to know how an employee reacts when Shaq rolls up to the counter with $70K in goods.