Genius manifests in strange ways. In business, it can be seeing a need and serving it no matter how insane the idea might seem. Well, this idea might not rise the level of genius, but it definitely saw a problem and attempted to address it.

The company — whose catch phrase is "here's where you get off" — has been around for about two weeks but has not yet sold any single-serving socks. Much like the company that sends glitter to your enemies, it might seem like a joke and it is, but it's also real. "We are REALLY shipping single socks," Hickey and Johnson said. "They come with stickers too!" 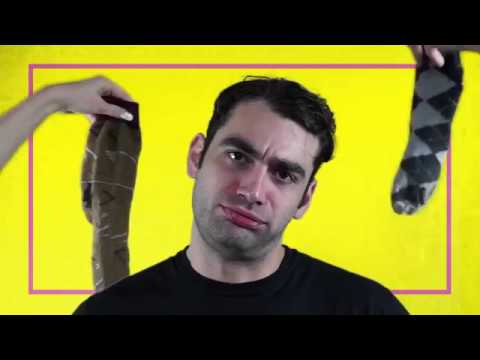 "We haven’t actually sold any yet," they add, "but the only people who know about the project are Caitlin’s mom and grandma (both of whom are supportive but concerned). Joel will not be telling his parents about this."

Is the sock special in some way that makes this sock perfect for climaxing? "Yeah, it's pretty much just a sock," reads their website.

The socks currently come in three varieties: "Original," the Valentine's Day-themed "Holiday," and "XS." The latter of which has a footnote that reads, "Shipping to the White House free after January 20th." That footnote has its own footnote to make sure you know they won't really do that.

"Hopefully it doesn't get all that popular," the website reads, "because we don't really want to deal with a ton of shipping. Ugh."