If you’re stuck in a dead-end job or, worse yet, were recently laid off, there’s no better time to start living your dream. Southwest Airlines is looking for “storytellers” and “influencers” to help create travel content, and it’s ready to...

If you’re stuck in a dead-end job or, worse yet, were recently laid off, there’s no better time to start living your dream. Southwest Airlines is looking for “storytellers” and “influencers” to help create travel content, and it’s ready to handsomely reward the top candidates with free flights around the world.

The airline is seeking a well-traveled Instagram influencer to snap Instagram-worthy photos that tell a story, according to a release from the company. Interested influencers will “compete” to win 12 round-trip e-pass tickets from Southwest, valued at $4,800, per a report from USA Today.

Applicants must be over 21 years of age and have a minimum of 2,500 Instagram followers. If that sounds like you, you have to follow @southwestair on Instagram and pick you best travel photo. The image must be captioned with something that “tells a compelling story,” per the statement. Southwest Airlines must be tagged in the caption with the hashtags “#SouthwestStorytellers” and “#Contest.”

All applications have to be in by February 24, so ramp up your follower count and break out your best travelgrams. After applications are in, Southwest will select 100 photos and invite posters to fill out a survey about their background as social media influencer and why they’d be the best fit for the gig. 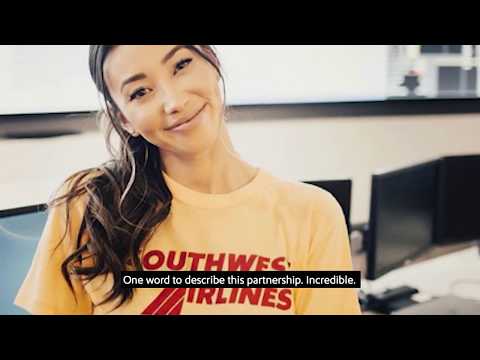 If you’re selected for the final round, you’ll be one of 10 Instagram influencers asked to post a new photo based on a brief sent to you by Southwest Airlines. There’s no telling what the prompt will be, but it’s nothing frequent flyers can’t handle. Judges will select a grand prize winner and award a smaller group of winners with other prizes. The competition will likely be fierce, so multiple prizes is pretty encouraging.

First and second place winners will get 12 and six free flight e-passes, respectively. Two people will be selected for third place and will receive a Southwest gift card for $500. The airline will also select five people for fourth place, who will get 10,000 Southwest Airlines Rapid Rewards points, according to the airline’s website.

As for the grand prize winner, they’ll have the opportunity to travel to any of Southwest’s destinations in the US, Mexico, the Caribbean, and Central America. The only thing they’ll have to do is create engaging travel content along the way, which is a small price to pay for free trips.

Interested? Of course you are. Find more information here and get to applying.

Sign up here for our daily Thrillist email and subscribe here for our YouTube channel to get your fix of the best in food/drink/fun.
Caitlyn Hitt is Daria IRL. Don't take our word for it -- find her on Twitter @nyltiaccc.
Our Newsletter