The Surprising Story of How Super Mario Got His Name 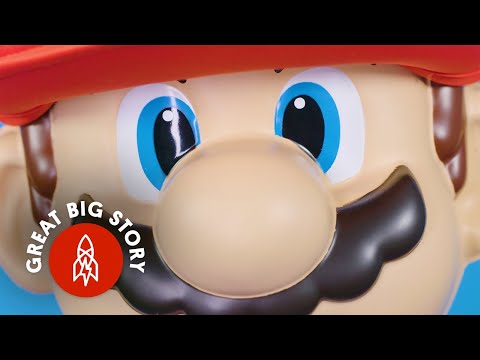 There is not a more recognizable video game character than Mario. The star of dozensofgames, Mario is an icon. He's so iconic that when Japanese Prime Minister Shinzo Abe appeared at the 2016 Rio Summer Olympics Closing Ceremony -- Tokyo is hosting the 2020 Olympics -- he appeared in the stadium dressed as Mario surfacing from a warp pipe.

Mario, an Italian plumber, was created by Japanese artist and designer Shigeru Miyamoto. So how did the character acquire the now iconic name, Mario? A new video from Great Big Story outlines the story of how Mario got his name and his mustache.

As you may know, Mario started his life as the hero of the arcade game "Donkey Kong." Only, when it was released, he went by the name Jumpman. "I wanted to create a character who could be easily understood by people around the world," Miyamoto says. "When we shipped 'Donkey Kong' to the US market, Japanese staff went to the US to help with the release." The staff was working with a warehouse in Seattle to store the games. "The warehouse's landlord was named Mario [Segale], and he also had a mustache. I thought it was a nice name, and it might work."

As for his mustache, it was a tool. "Back then everything was monochrome and we were using 8 or 10-bit images. I was always drawing pictures, trying to see how I could convey the image to screen," Miyamoto explains. "Drawing a face was complicated, so I started with a nose. In order to distinguish the nose, I added a mustache. Drawing hair was also complicated, so I made him wear a cap."

The story about where Luigi's name comes from is similarly ridiculous and wonderful, but you'll have to watch the whole video to get that last gem.

Dustin Nelson is a News Writer with Thrillist. He holds a Guinness World Record but has never met the fingernail lady. Follow him @dlukenelson.
Thrillist TV
History of
The History of the McRib