Mexican Pizza is back on the permanent menu at Taco Bell. Here's its long journey from 1985 to now.

The thing Taco Bell is best known for is… well… it's food. Among devotees, however, it may be the disappointment felt when it revokes a favorite menu item. It plays with the menu as much as any quick service restaurant, regularly crafting new fan favorites and mercilessly tearing them away. We are talking about Nacho Fries, the Quesalupa, or potatoes in general.

Though it hasn't been yo-yo'd on and off the menu like other items, the disappearance of Mexican Pizza in 2020 after 35 years on the menu was met with anger, disbelief, and petitions. After a short time away, it will return to the permanent menu on September 15. To celebrate its return, which is already being welcomed with a TikTok musical, we are traipsing through the strange, infuriating, delicious history of the Mexican Pizza--née Pizzazz Pizza--at Taco Bell. 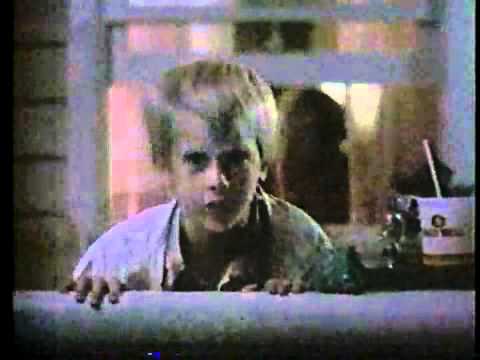 1985 — Who says the '80s were a bad decade? There was new wave, Tom Waits came into his own, the hair spray industry was booming, and Mexican Pizza was born. Though, like Martin Sheen, the name we know it by isn't the name it was born with. Mexican Pizza was dubbed Pizzazz Pizza when it was brought into fast food's maternity ward.

Though, some sources say that it was run in test markets under the name Mexican Pizza, but that the company decided it implied a spiciness that wasn't part of the dish. So, Pizzazz Pizza it was, for now. 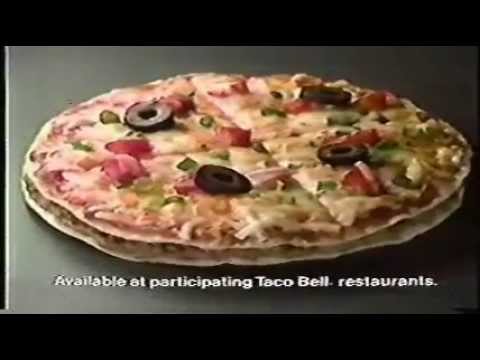 1988 — "It's like pizza, but it’s different." This year was notable not just because of the delightful commercial above, but because this is the year when the Pizzazz Pizza moniker went the way of the titular character in Weekend at Bernie's. It was rechristened Mexican Pizza. (While not cited as a reason for the change, a Pizzazz Pizza in Ohio did challenge Taco Bell's use of the name.) The commercial here even shows the menu staple with green onions and black olives. Both of those ingedients are no longer part of the recipe.

Early '90s — A Taco Bell representative tells Thrillist that this is when Taco Bell removed the olives from Mexican Pizza. The exact year was not provided. This was the first of two notable ingredients removed from the original construction of Mexican Pizza.

2006-ish — This, according to a representative, is when green onions were removed from Mexican Pizza. A specific date wasn't provided, but logic says 2006 might be a good guess as to the year. At that time, it was reported that green onions were being removed from all items on the Taco Bell menu in response to an E. coli outbreak.

The chain said in its 2020 announcement, "One silver lining of saying goodbye to the Mexican Pizza that might help you rest easy is that removing it from our menus helps us work towards our commitment to leave a lighter footprint on our planet. Currently, Mexican Pizza packaging accounts for over 7 million pounds of paperboard material per year in the US."

2020 — That cancelation led to a Change.org petition begging for the pizza to make like Kiss and do a comeback tour. The petition rounded up more than 171,000 hopeful signatures.

The petition was started by Krish Jagirdar. They found many people who wanted the item back, but there was more to the petition than just loving the item. "I think that the Mexican Pizza and Taco Bell in particular has such a strong bond and tie with the South Asian community. It was really the only accessible fast food that a lot of Indian Americans had access to," Jagirdar told Thrillist in April 2022. "Again, it was this amazing opportunity for people like us who were vegetarian to really kind of substitute really anything on the menu, and still have this really fun, tasty experience."

2021 — Doja Cat tweets that she wants her "fucking Mexican Pizza back." That shouldn't be notable, but the world we live in dictates that this comes back like a random detail in an episode of Curb Your Enthusiasm.

2022, May — Mexican Pizza is supposed to finally return to the menu as a "permanent item" in May 2022. The announcement was made with Doja Cat because Taco Bell has never met a little hype it didn't like. The company also cited Jagirdar's petition.

But... Taco Bell pretty quickly sells out of Mexican Pizza, and it is no longer on the menu, again. The chain cited "shortages" as part of the reason it was pulled from the menu. The return briefly hit menus in the US, Aruba, Costa Rica, and the Dominican Republic.

2022, May, but a little later — Controversy! In the brief time Mexican Pizza was on the menu early in the year, fans cried foul, claiming it did not taste the same as it did back in 2020. Taco Bell maintains that the ingredients are the same. Maybe you’ve grown a bit since the last time Mexican Pizza was on the menu. Maybe you’re a different person now with a different view of the world. Maybe everything is a conspiracy designed to ensure you never get that sweet, sweet Mexican Pizza taste of your youth back in your ground beef-greased fingers. Maybe the recipe is a little different.

2022, September — In September, Mexican Pizza is scheduled to be back as a permanent menu item. The "Live Más" chain welcomes its arrival with a Mexican Pizza musical on TikTok performed by Dolly Parton. That sentence wasn't written by a random word generator, that's a real thing.

Circling back to the reasons it popped off the menu in 2020, Thrillist asked about the environmental impact of the paperboard packaging that Taco Bell said was creating an immense amount of waste. A company spokesperson tells Thrillist that in 2020 it "made a global commitment to add recycling and composting in restaurants by 2025. So, we're continuing to install bins in locations where infrastructure permits."

That comment doesn't sound like much has changed since it called itself out in 2020. In fact, the response goes on to put some of the onus on customers. "As always, it is important to review the materials accepted at your local municipality to confirm recyclability." Mexican Pizza will continue to be served in a paperboard box. The statement from Taco Bell adds more promises about the future but doesn't appear to have changed much if the big goals are to introduce recycling to select locations. "Taco Bell continues to work to achieve sustainability commitments," it says, "while delivering delicious food innovations.

The brand is also testing new options across their packaging suite and generating demand for otherwise unwanted recycled materials by incorporating more recycled content into packaging." Though, to be fair, fast food packaging in general is a huge source of waste.

That's it for the first 37 years of the Taco Bell Mexican Pizza story. Though if it's like the MCU, no matter how "over" it looks, there's always more coming.