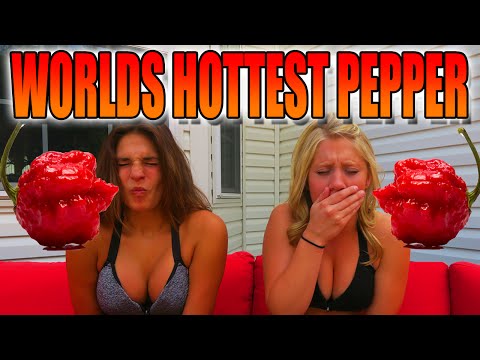 Deciding to try a hot pepper can be a funny affair until things go too far. Things have gone too far basically the moment that you decide to eat a Carolina Reaper. That's the pepper that has been confirmed as the spiciest pepper on the planet. On the Scoville Scale used to measure how spicy foods are, a jalapeño comes in with a rating between 2,500-8,000. The Carolina Reaper? That can get up to 2.2 million units.

Now... enter the mind of YouTube Lizzy Wurst, who thought it would be a good idea for her and her friend Sabrina to take a bite of a Carolina Reaper for her YouTube channel. They take a bite and enter a world of some serious suffering. Their hacking, flailing reaction is almost immediate.

The problem might have been that they were over-confident going into the challenge. In the end, Wurst said, "That didn't turn out how I planned. I thought I was going to take it like a champ." As the Big Lebowski said, "Strong men also cry."

Like a weird German fairy tale, this is a cautionary story that should not make you want to replicate their actions. Watch a supercut above or get the full thing below.