The Tokyo Olympics Just Banned Alcohol At All Event Venues

Organizers made the call earlier this week to prevent COVID-19 spread. 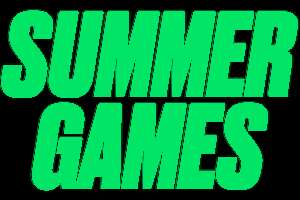 Olympic organizers have been careful in planning the rescheduled 2020 games with the threat of COVID-19 still looming in Japan—even banning international spectators from attending. Now, they've also banned alcohol sales at all Olympic venues as a health precaution.

"Following experts' advice, the organizing committee decided against selling and drinking alcoholic drinks at the venues so as to prevent the spread of infections," Hashimoto told journalists, noting that Asahi Breweries—an official sponsor of the Olympics—is on board with the controversial decision.

ICYMI, Japan saw a spike in COVID-19 cases just last month and its State of Emergency only just ended last week. While organizers have worked tirelessly to allow the games to go down without the threat of a further outbreak, a lot remains uncertain. On Monday, the Olympics officially capped capacity at 10,000 domestic spectators.

In May, international fans were banned altogether, causing Japan to have to refund 600,000 Olympic tickets and 30,000 Paralympic tickets as a result.

"We will continue to do our utmost to deliver a safe and secure Games in the hopes that the Olympic and Paralympic Games Tokyo 2020 will be a light of hope for people all over the world," the organizers said in a statement at the time.

Megan Schaltegger is a staff writer at Thrillist.
Thrillist TV
History of
The History of Tailgating