Clueless Tourists Play With Tiny Octopus & Have No Idea It's Deadly

For many reasons it's a good move to follow the lead from locals when you're visiting a new place... 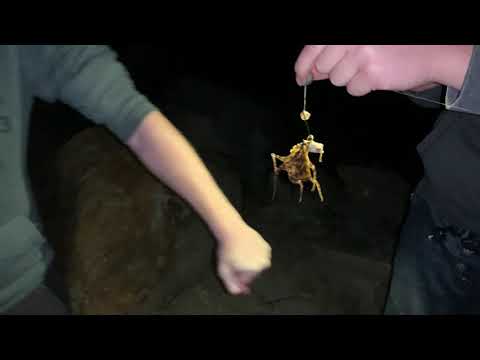 It's always a good move to follow the of locals when you're visiting a new place. You'll get the inside scoop on everything from where to eat and where not to eat to hot tips that can help you feel like you're getting a more authentic experience. Doing so could also keep you from cluelessly messing with adorable wildlife that'll kill you, like a pair of tourists in Australia who cluelessly played chicken with one of the world's deadliest creatures.

During a fishing trip in Queensland on a months-long backpacking trip through Australia, two friends from the United Kingdom reeled in a tiny octopus last week, which they playfully handled and posed with before throwing it back into the water. The only problem? While the little guy may have looked cute and harmless, any local would have immediately recognized it as a blue-ringed octopus, one of the most lethal animals on the planet. Each one carries a toxin 10,000 times more powerful than cyanide and enough of it to kill a whopping 26 humans, according to news.co.au. The pair only realized they barely cheated death later when they showed their friends the video of them trying to get the octopus to sit on one of their arms.

“We got home thinking not much really happened until we showed the octopus video to some of our friends and that’s when we found out what it was and a lot of googling was done!” Ross Saunders, one half of the duo, wrote in a Facebook post following the incident. “We laughed about it when we first found out, but it did eventually sink in, and it’s surreal to think back knowing if things had been slightly different it could have been fatal, and things would be very different right now."

The video of the two handling the octopus so cavalierly quickly caught the attention of many folks in Australia, who were quick to leave harsh comments about how stupid and dangerous their actions were. Stings from a blue-ringed octopus are often painless, but just one can paralyze or kill an average person in minutes. And sure, it may have looked harmless, but it's no secret that Australia is home to a grab bag of truly terrifying and deadly creatures.

"Thankfully, no one was hurt and we can laugh about how close to death and stupid we were," wrote Saunders. "Lesson learnt, don’t fuck with the wildlife in Australia.”

Don't fuck with it, indeed.