Here's All the Shady Stuff Uber's Been Accused of So Far

By all accounts, Uber is in the midst of a PR nightmare for the ages. The ubiquitous ride-hailing service is facing a hurricane of criticism as more and more incriminating allegations about corporate misdeeds, rampant workplace discrimination, and questionable leadership continue to pile up.

Since each new day seems to usher in more bad news for the company, it's getting tougher to keep track of what all the fuss is about. So, to keep you in the loop, we've assembled a primer on all of the damning intel that's come to light in the last few months, and before.

Uber has courted controversy since it first launched in 2009. Initially, it faced a wave of backlash from the taxicab industry, which recognized the burgeoning ride-hailing app as a legitimate threat to business. However, this was well before the company was anything close to the $60-plus billion behemoth it is today, and mostly painted the irked taxicab commissions as curmudgeons threatened by any type of newfangled startup encroaching on its territory. Things got shady pretty quickly, though.

As it assumed the throne as the world's pre-eminent ride-hailing service, it was discovered that the company was engaging in some very dirty tactics in order to screw over up-and-coming competitors. Specifically, in 2014, it was reported that senior Uber employees were ordering cars via competing apps like Gett and Lyft, only to deliberately cancel them just as the drivers were nearing their pickup location in an effort to disrupt service and frustrate drivers by wasting their time. They then would allegedly follow up by reaching out to these specific drivers in an attempt to convince them to work for Uber instead.

Uber has a long and complicated history with its drivers. At the core of the controversy is Uber's insistence on classifying its drivers -- in the US and elsewhere -- as independent contractors rather than employees. This distinction means that since drivers are not legally employees, they are not protected by the same employment rights and benefits typically afforded to a full-time employee (e.g., healthcare, sick leave, unemployment insurance, etc.). However, this has been challenged in the UK, where Uber drivers are now legally recognized as full-time employees.

And while the argument concerning how a part- or full-time Uber driver should be recognized is admittedly very complex, the fact remains that many drivers -- and tech titans alike -- simply feel the company continues to mistreat and exploit them. There's also the rumor that the company simply doesn't care to bend over backwards for drivers, since its endgame may be to rid the service of human drivers altogether and instead operate fleets of autonomous vehicles.

Always tracking you... and celebs

Uber requires that you allow it to access your location data, which makes sense considering it needs to know where you are so it can quickly dispatch a ride, and provide you with an accurate wait time. However, some savvy users spotted some troubling fine print in the latest version of its mobile app that essentially requires users allow it to track a their location at all times rather than only while they're using the app. Uber claims this is in order to improve accuracy, and that the company would only be looking at one's location data up to five minutes after the termination of their ride, but it does call into question what they could see if they wanted to.

Even more troubling is the fact that well before the new app was deployed, corporate Uber employees were exploiting the company's location-tracking ability to determine the whereabouts of individual users, in some cases doing things like stalking ex-girlfriends and searching for the trip info of celebrities, including Beyoncé. Uber did terminate a handful of employees who were caught doing this and implemented stricter security protocols, but it legitimately calls into the question what sort of intel a rogue employee may be able to access if and when they wanted to.

Trump ties and the birth of #deleteUber

Uber's latest bout of bad press kicked off early this year amid the brouhaha of President Trump's travel ban, when it turned off surge pricing at JFK airport during a work stoppage protest on January 28 by the New York Taxi Workers Alliance. The optics of this choice -- especially as the company's CEO was under scrutiny for defending wanting to work with Trump -- were terrible. It looked as though the company was either attempting to undermine or profit off of the taxi driver protest (which it has apologized for and denied), and sparked the "#deleteUber" movement that led to some 200,000 users dumping the service, and CEO Travis Kalanick removing himself from Trump's business advisory council. This was when things started to go really, really bad.

Allegations of discrimination and gross mismanagement

Silicon Valley is certainly no stranger to free-wheeling and cutthroat workplaces -- after all, that sentiment permeates the "by all means necessary" startup psyche. However, according to a scathing blog post by a former female staffer, Uber's corporate culture is plagued by next-level toxicity, as well as rampant sexual harassment and discrimination. Even more troubling, her descriptions of Uber's HR department make it seem woefully incompetent at best, and complicit at worst. After her post was published in mid-February, it quickly went viral and helped to re-ignite the #deleteUber campaign. It also prompted CEO Travis Kalanick's call for an "urgent investigation" into the many allegations, to be spearheaded by former US Attorney General Eric Holder.

In the fallout, many more women at the company have come forward to corroborate the issue of systematic sexism, and at two senior executives have left amid questions about their behavior. At a recent all-hands meeting, Kalanick reportedly tearfully promised employees he is dedicated to getting to the bottom of the problems, and will try harder to cultivate a better culture. 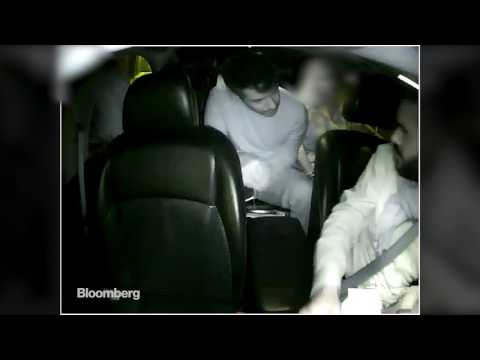 CEO caught being a dick to a driver

In the wake of the mea culpa over company culture, yet another damaging tidbit surfaced online. This time, it was CEO Travis Kalanick caught on dashboard video fighting with his own Uber driver. In the video, you see the driver casually ask Kalanick at the end of the ride why the company has dropped the prices for the high-end UberBlack service, which has led to a significant drop in the driver's wages. In response, Kalanick can be heard dismissively insinuating that it's the drivers fault: "Some people don't like to take responsibility for their own shit. They blame everything in their life on somebody else."

This, as with much of Uber's image of late, was not a good look. And unsurprisingly, Kalanick was quick to apologize for his behavior -- and to the driver -- in an email to employees in which he states that he "must fundamentally change as a leader and grow up."

The latest bombshell to rattle Uber came late last week, with the publication of a New York Times investigation into a secret program known as Greyball, which the company has reportedly been using to deceive law enforcement for years. In short, this program allowed employees to track and evade regulators and cops posing as customers -- who may have threatened their operation in cities where the service wasn't overtly welcome. The shady practice involved tracking users via various signifiers, including those who frequently opened the app near police stations, had credit cards associated with police institutions or credit unions, or whose social media presence could confirm their identity as law enforcement.

The company claims it did this in order to protect drivers around the world from both violence and competition, but the fact that they were doing so unabashedly -- and continue to stand by the practice now that it's been exposed  -- suggests an ethically dubious relationship to user privacy.

There's no telling else may leak out about Uber in the coming days, weeks, or months, but one thing that's certain is it has a hell of a lot of work to do order to rehab its image, regain the trust of many of its (former) users, and fundamentally change what seems to be a tremendously problematic workplace culture. Until then, it's worth remembering there are plenty of other options.

Joe McGauley is a senior writer for Thrillist who has an Uber horror story of his very own.