Uber Is Starting to Ban Users With Low Ratings

There are many reasons not to behave like a jerk in an Uber. For one, being a courteous rier is the decent thing to do as a civilized member of society, but let's be real, it's mostly to ensure you lock in that sweet, sweet five star rating....

There are many reasons not to behave like a jerk in an Uber. For one, being a courteous rider is the decent thing to do as a civilized member of society, but let's be real, it's mostly to ensure you lock in that sweet, sweet five star rating. Achieving it is tantamount to nobility these days. Just in case you needed another more official reason not to act the fool in the backseat, though, now you have it. Uber just announced that it will begin deactivating users with particularly low ratings.

Uber drivers have always been hyper-concerned with keeping their rating high, since they can reportedly be booted from the service for dipping below 4.6 stars, but now passengers will also need to keep up appearances for much the same reason. The new initiative to kick poorly rated passengers off the app was announced on the company's official blog on Tuesday, highlighting a renewed commitment to "safety and respect for all" when it comes to both passengers and drivers.

The company didn't release any details regarding how high a user must be rated to remain on the app, but did clarify that it will vary from city to city and only affect those who "develop a significantly below average rating."

"Respect is a two-way street, and so is accountability," reads the blog post, which was written by Uber's Head of Safety Brand and Initiatives. "Drivers have long been expected to meet a minimum rating threshold which can vary city to city. While we expect only a small number of riders to ultimately be impacted by ratings-based deactivations, it’s the right thing to do." 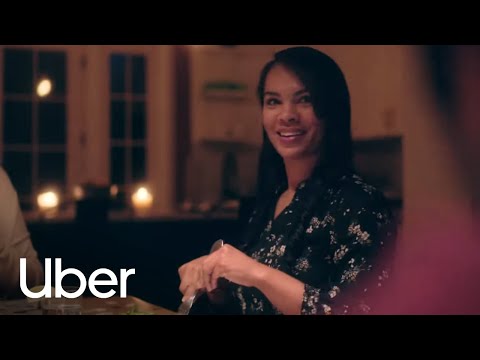 If a user is dipping into low rating territory that might get them booted, they will have "several" opportunities to improve it, according to Uber. They'll also receive tips on how to do so, whether it's a reminder to be polite and avoid leaving trash behind, or to not ask drivers to speed. Seems like pretty common sense stuff, but hey, some people are awful.

The updated policy is part of a fresh set of community guidelines, which users will have to acknowledge within the app. The Independent Drivers Guild, a union representing ride-share drivers, sees the move as a positive one.

“Holding riders accountable for their behavior on the Uber platform is an important safety measure to protect drivers as well as fellow riders who may book shared rides,” said an IDG spokesperson in a statement, per TechCrunch. “While most riders are respectful, banning riders who threaten driver safety, spew racist rants, and disrespect or damage our vehicles is the right thing to do. For too long there has been one-sided accountability and this is a positive step toward correcting that.”

No go forth, be cool, be calm, and don't leave you dirty laundry in the backseat.