Your Hogwarts letter may have never come, but now’s your chance to experience a bit of the Wizarding World for yourself. Universal Orlando Resort is working on a new, Hagrid-themed attraction at The Wizarding World of Harry Potter inside... 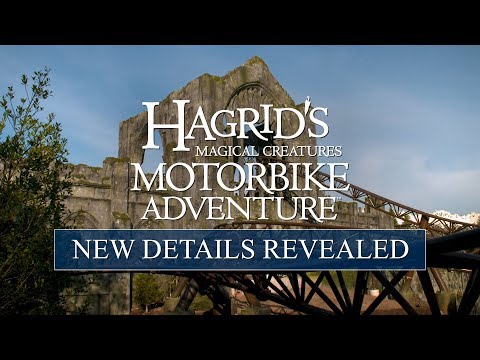 Your Hogwarts letter may have never come, but now’s your chance to experience a bit of the Wizarding World for yourself. Universal Orlando Resort is working on a new, Hagrid-themed attraction at The Wizarding World of Harry Potter inside Universal’s Islands of Adventure, and a magical owl (fine, it was just a press release) just dropped in with a ton of new details about the ride this week.

Hagrid’s Magical Creatures Motorbike Adventure, the latest addition to Universal’s collection of roller coasters, is set to open on June 13, according to the Park’s website. The ride -- dubbed “the most highly themed, immersive coaster experience ever created” -- is unlike any coaster you’ve ever ridden, mostly because of its non-traditional design. Would you expect anything less from The Wizarding World of Harry Potter? Per a report from Travel + Leisure, each car is made to look like the motorbike and sidecar used by Hagrid and Harry Potter in the films. 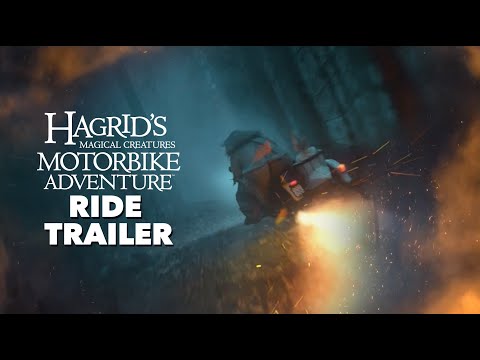 One person mounts the bike, while another enjoys the relative safety and comfort of the sidecar. Though if you’ve seen the bike in action on the big screen, you know neither is really more safe than the other. Your best bet would be to keep your wand on-hand in case of emergency, and you know, keep your hands and feet inside the ride at all times. This design is meant to make passengers “feel the freedom of flight” as the roller coaster twist, turns, and surges forward and backward. No need to be afraid. If Harry can survive a ride in the contraption at the speeds he did, you’ll make it through a brief cruise at 50 miles per hour.

Hagrid’s Magical Creatures Motorbike Adventure is way more than a quick, high-speed ride, though. it’s a chance for Harry Potter nerds to fully indulge in their dreams of being a Hogwarts witch or wizard. Seriously. Before getting on the roller coaster, riders will have to go through Hagrid’s Magical Care of Creatures class. The ride will then take passengers through the Forbidden Forest, which is really just a wooded area the park created by planting a bunch of trees. Imagination is key here, people.

It’ll come in handy as passengers are immersed in faux danger and high drama from the Harry Potter films. As the roller coaster whips through the park, riders will confront cornish pixies, a centaur, and even Fluffy the three-headed dog -- none of which are currently available at any other attraction inside the Wizarding World of Harry Potter. They’ll also come face-to-face with Devil’s Snare and other nightmarish creatures from the Harry Potter films that haven’t been revealed just yet. They can’t give away all the magic before the ride opens.

Sign up here for our daily Thrillist email and subscribe here for our YouTube channel to get your fix of the best in food/drink/fun.
Caitlyn Hitt is Daria IRL. Don't take our word for it -- find her on Twitter @nyltiaccc.