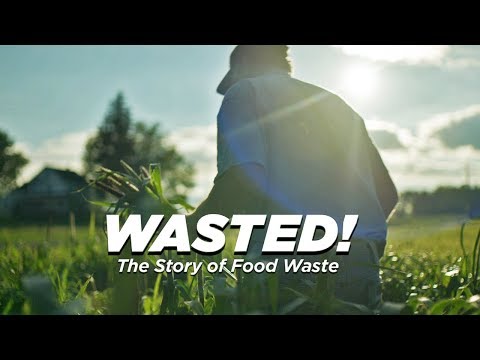 Anthony Bourdain wants you to think before throwing that half-eaten husk of a steak in the trash. The ever-quotable celebrity chef, known for criss-crossing world as the host of CNN's Parts Unknown, just released the trailer for his new food waste documentary, WASTED! The Story of Food Waste.

Ahead of the documentary's on-demand and theatrical release on October 13, Bourdain notes he isn't usually one for social activism, but the pervasive issue of food waste -- a debacle of global magnitude that sees 1.3 billion metric tons of food thrown away each year, by some estimates -- strikes close to his heart. It's a philosophy engrained in him by many kitchens over the years.

Bourdain explains: "As a young cook, I came up in an old school system" that espoused a mantra of "use everything, waste nothing." As the teaser for WASTED! shows, those teachings should still bode eerily prescient today. According to a 2014 study from the EPA, 20% of the garbage thrown into all municipal landfills in America is comprised of food waste. The United States is the food waste leader, with some studies concluding that half of all produce in the country is discarded instead of consumed.

Rather than languish in that statistical malaise, though, the documentary offers a more upbeat tone. An all-star cast of chefs -- Mario Batali, Massimo Bottura, Dan Barber, Danny Bowien, and others -- appear throughout WASTED! to explain how they work to save every last scrap of food in their kitchens. "As a traveler, I see again and again how circumstances force people to cook incredibly well with the often very little food available to them," Bourdain said in a statement. And the idea with film, is to inspire more people to do the same.


Sam Blum is a News Staff Writer for Thrillist. He's also a martial arts and music nerd who appreciates a fine sandwich and cute dogs. Find his clips in The Guardian, Rolling Stone, The A.V. Club and Esquire. He's on Twitter @Blumnessmonster.
Thrillist TV
History of
Our Newsletter