When you bite into a pepper that's hotter than a pepper historically used to ward off wayward elephants in India, you should know what you're getting into.

In a video by First We Feast, host Sean Evans and Denmark's pepper-popping Chili Klaus (not his real name) bite into a Carolina Reaper pepper, which is literally the world's hottest chili pepper.

The first nine minutes of the video involve the two brave souls diving into the history of the pepper and talking how it's going to feel, but the real magic doesn't happen until nearly nine minutes in, when the guys stuff the peppers into their mouths. The ensuing amount of sweat, hiccups, and tears makes the prior eight minutes totally worth it. 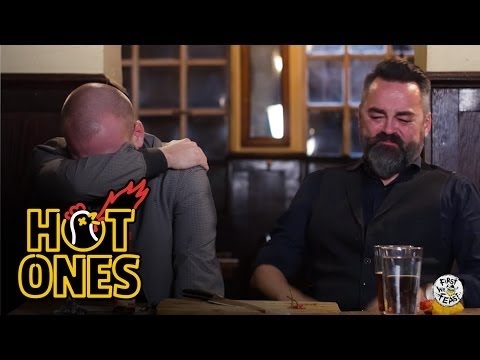 With all the moaning and groaning, if you close your eyes and listen closely, it almost sounds like two men in the throes of passion.

Jeremy Glass is a writer for Thrillist and doesn't put anything in his mouth that he doesn't plan on pooping out later.