Movie shootouts are so ubiquitous that it's rare they surprise in any way. It's even more rare if they surprise by being realistic. We're instead accustomed to just about any household object stopping bullets, hundreds of people with automatic weapons chasing a single person they can't seem to hit, and bullet proof vests acting as force fields that stop enemies from aiming at the head.

This is the reality that movies tend to take place inside.

Rather than seeing the real force of a bullet, things like a wooden bar in Desperado or a bunch of Fritos in Grosse Pointe Blank serve as the perfect bunker to hide behind while being attacked.

Buzzfeed set out to test some common movie objects to see if they'd actually stop a bullet. Among the items tested at a firing range were a car door and a turned over table, two of the more ridiculous things used as impenetrable fortresses in film.

Watch below to see how things turned out. 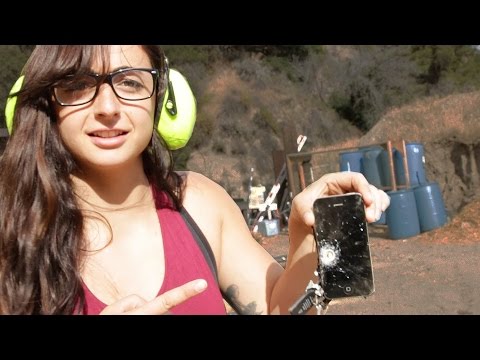 So, basically nothing from movies can stop a bullet. It's probably reasonable to extrapolate from this that a Bible neatly placed over the heart also doesn't stop a bullet (damn you, Sleepy Hollow, you lie).

Oh well, they're movies. They also want you to believe Nicolas Cage can have a normal conversation with another human. Plus, we can take solace knowing that the well-worn cliché of grabbing another person to block incoming bullets would actually work. So... yay?

Dustin Nelson is a News Writer with Thrillist. He is actively praising John Woo for his realism. Follow him @dlukenelson.