What Fruit Is in Juicy Fruit? 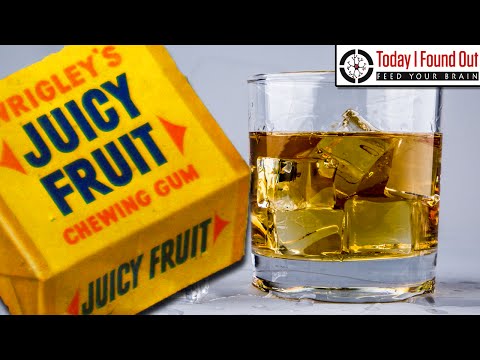 Is it mango? Or pineapple? Or maybe grapefruit? The mystery of what Juicy Fruit gum is supposed to taste like is probably as old as the classic chewing gum brand itself -- around 123 years. Wrigley, the company that makes Juicy Fruit, has long been tight-lipped on exactly what ingredients go into the gum's unique flavor, but a new video from Today I Found Out offers an interesting explanation of what it could be.

Of course, the front of a normal pack of Juicy Fruit doesn't include any images or mentions of specific fruit while the back of the packaging only goes so far as to say the gum is made with "natural and artificial flavors." According to the video, however, Wrigley has reportedly responded to curious fans over the years, saying the gum includes flavor notes of lemon, pineapple, orange, and banana. But the question remains: is Juicy Fruit made with real fruit juice?

Interestingly, a fairly obscure fruit called Jackfruit has been known to taste and smell remarkably like Juicy Fruit, which has led some to speculate if it's the origin of the gum's flavor, although there's doesn't appear to be any evidence that Wrigley imports the fruit or its juice, according to the video. The association with the fruit, however, has caused some to wonder if the key flavor ingredient is an organic compound called isoamyl acetate, which has a flavor profile similar to bananas and pears. The video goes on to explain additional evidence pointing to the chemical, such as the abundance of isoamyl acetate as a by-product of whiskey production in Illinois, where Wrigley first produced Juicy Fruit in 1893. But to be clear, the use of the ingredient has yet to be confirmed by the company.

Because the video is only able to speculate on what ingredients are used to make Juicy Fruit, we reached out to Wrigley to see if it could confirm the secret ingredient is isoamyl acetate, and if it could provide any official details. In the meantime, have fun chewing on all this.

Tony Merevick is Cities News Editor at Thrillist and can't remember the last time he chewed Juicy Fruit, but then again, he's not a big fan of gum. Send news tips to news@thrillist.com and follow him on Twitter @tonymerevick.
Thrillist TV
Wine and Cheeseburger
Wine and Cheeseburger: Harley and Lara Pair Falafel with Wine