It may seem like it popped up overnight, but OnlyFans has a long, steamy history. 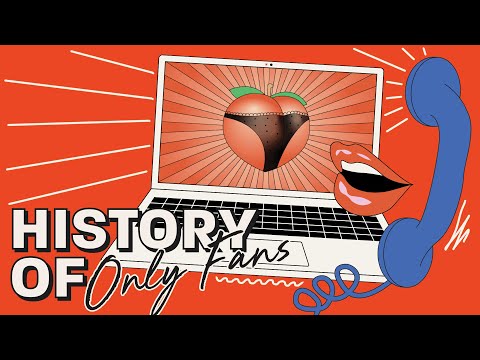 OnlyFans took the world by storm in 2020, gaining an estimated 77 million new users and making millionaires out of top creators. The site appeared to pop up overnight, changing the game when it came to adult entertainment but quickly evolving to include non-sexual content too, but OnlyFans actually has a long, steamy history that many aren't familiar with. Not to worry. We're here to help fill in the blanks.

Sex sells and always has. The adult entertainment industry is one that dates back to the late 1800s when big-budget burlesque shows started popping up all over France and England. That evolved into exotic dancers at carnival shows in the 1920s, strip clubs in the 1970s, and free—albeit illegal—porn in the internet age.

By the 2010s, adult performers had it worse than ever. A handful of companies, many of which were owned and operated by rich guys, controlled all the adult content on the web. Adult performers were being paid less than ever, and, to make matters worse, even strip clubs were failing at the time.

However, a Brit named Tim Stokley decided this was the perfect time to shake up the adult entertainment industry, so in 2013 he teamed up with his father (weird? Maybe.) to launch a company called Customs4U, where people could pay for custom videos from adult performers.

Two years later, Snapchat rolled out a feature called Snapcash, and since everyone was already using it to send nudes between posting their brunch pics, adult performers flocked to the platform. They figured that they were able to control the content their fans see that way and could make a buck off it without a middle man. Genius.

Stokley took notice of the wave of adult performers taking to Snapchat and Instagram, as well as the fact that many were being penalized for doing so, and came up with the idea for OnlyFans in 2016. The concept was simple: creators would keep 80% of the money they made on the site, OnlyFans would get the other 20%, and fans would pay a small monthly subscription fee for access to content from their favorite creators. Those creators would also be able to set their own prices for work.

In 2020—likely because of the increase in people that lost their jobs or were stuck at home, alone and bored—OnlyFans exploded in popularity. The number of users grew from 8 million to 85 million, with over one million active creators making original content. Revenue for the company rose 553%, with $2.36 billion being made that year alone.

Celebrities started using the now-buzzy site as well, finding it a fun new way to connect with their fans. Cardi B, Tyga, and Amber Rose were among the big names to appear on the app offering their fans a totally new kind of access to them. Beyonce sang about it in a song! Bella Thorne, no stranger to controversy, also started using the app in 2020, though she used it as a way to control nude photo leaks. The former Disney star charged fans $200 for what she said would be photos containing nudity, though they didn't, which caused quite the stir. Shortly after, OnlyFans began putting $50 caps on PPV messages, and made the maximum tip amount $100. Though in a statement to Mashable, an OnlyFans rep stated the changes to transaction limits "are not based on any one user," like Thorne, and that they "...are set to help prevent overspending and to allow our users to continue to use the site safely..."

That, of course, upset a lot of people. What's worse, only 1% of creators on the site were making 33% of all the money being raked in on OnlyFans. That made smaller accounts, and people just starting out, worry that celebrities flocking to the platform would further block them out.

Despite some growing pains, OnlyFans did a lot of good. It created a mostly stigma-free place for adult performers and allowed them to take control of their content. It was also extremely inclusive, allowing non-binary and trans creators to do the work they wanted to do without fear of repercussions. On top of that, it helped make quarantine a little easier for everyone who used it, whether they want to admit it or not.