This Is Why the Triple Axel Is Such a Big Deal

It's going to be talked about a lot at the Beijing Olympics. Here's what it's all about. 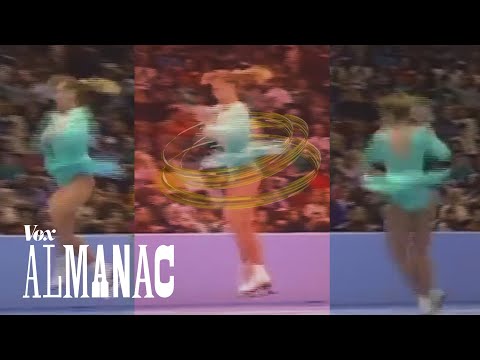 It was a major moment at the 2018 Winter Olympics when US figure skater Mirai Nagasu landed a triple axel. It happened again in the early days of the 2022 Games when the 15-year-old Russian skater Kamila Valieva landed one. Having those feats headline in back-to-back Olympic Games, it might not be entirely clear why it's such a big deal.

Nagasu was the first American woman to land the triple axel in Olympic competition. Valieva is only the fourth to do it at all in the Olympics. That might sound like it's all been in recent Games, but the athletes who have been able to achieve the move are fairly spread out. Tonya Harding was the first American to do it at the 1991 US Championship. She was preceded by Japan's Midori Ito, who did it in 1988, and Mao Asada, also from Japan.

The axel is the only jump that the skater starts while facing forward. It's a forward-edge jump that sees the skater go through three-and-a-half rotations. Because of that extra half-rotation, it finishes with the skater moving backward on the opposite foot they used for take-off.

Nagasu didn't land the triple axel perfectly right away in 2018. She stumbled on her first attempt. "It’s just skating, and I’ll survive, but at the same time, it’s hard because I’ve worked so long for this moment," she told an NBC reporter. "It’s not the way I wanted it to go, but at the same time I’m telling everybody, you can fall and still get up and keep going." She gave it another try and landed it.  "This is definitely history, or herstory, whatever way you want to put it," she said afterward.

With the 2022 Olympics having just started, one has already been landed. We might even see the first-ever completed quad in the women's competition this year.