Tonight, at approximately 11pm ET, some lucky human might win the record-breaking $1.5 billion Powerball jackpot. Or, there's a chance that nobody will possess the exact winning numbers (again!), and the jackpot will roll over to a staggering $2 billion prize, according to a report by NBC News. If you're one of the millions of people who've spent precious pizza and beer money on tickets, there's a slim chance (1 in 292,201,338) that you'll win the jackpot (and possibly split with someone with the same numbers), but a chance nonetheless.

Admit it, you've already fantasized about all the lobster rolls, congressional seats, and cases of Lagavulin you'll purchase with that kind of cash. But have you thought about the basic measures you need to take to protect yourself and all that money? It's not fun to think about lawyers and having to practice self-restraint, but if you're serious about winning tonight, and setting yourself up for a lifetime, we've compiled a list of six actions (one for every ball) to consider -- once you're able to breathe and think clearly again after the drawing.

If you're holding a winning ticket for the Powerball jackpot in your own two hands, by all means, take a few minutes to freak out (i.e. poop your pants, kiss everyone in sight, whatever). But right after that, flip the sucker over, fill out the information on the back, and bless it with your signature. As noted on the ticket's fine print, it acts as what lottery organizers call a "bearer instrument," which means the person who holds it -- and has signed it -- is the one and only person who can claim ownership of the promised cash. If you fail to sign the ticket and somehow misplace it, YOU GET NOTHING, YOU LOSE, GOOD DAY, SIR!

"The first thing a player will want to do is sign the back of the winning ticket," Kathleen Jacob, public affairs specialist at the North Carolina Education Lottery, said in an interview with TODAY. "It establishes ownership and the ticket must be signed to claim the prize. Of course, the player will want to keep the ticket in a secure place until then."

It will be damn near impossible not to scream and dance like you're showering in a cloud of hundred dollar bills, and announce your new net worth to your friends, family, and all of your followers on social media. But whatever you do, resist the urge and do not -- we repeat, do not -- do the latter for the sake of your privacy, security, and sanity. Think about it. Your finances were nobody's business but your own yesterday, so there's no reason why that should change, especially now that there's a greater chance there could be something in it for someone else. As Gandalf said to Frodo on that fateful night, "Keep it secret, keep it safe." Gandalf knows what's up.

However, your ability to keep a low profile could be severely hampered by pesky state lottery laws, seeing as some states require jackpot winners to come forward for a bit of publicity (think annoying reporters, camera flashes, and an oversized novelty check with your name on it.) Out of the 44 states that sell Powerball tickets, all but five states -- Delaware, Kansas, Maryland, North Dakota, and Ohio -- currently have laws requiring the lottery to release the names and place of residence of jackpot winners, according to the official Powerball FAQ. Other states may require press conferences and other publicity, but you should consult lottery officials in the state where you bought your ticket and your lawyer (we're about to get to that) first.

Some experts suggest even holding off on claiming the prize until you've got all your shit together and have made a plan. Do that, if you can.

3. Get yourself a lawyer and a tax professional

Do you know what trusts are and how they work? Do you know how to protect yourself from money-hungry vultures and other scams? Do you know even the first thing about how lottery jackpots are taxed? If you answered "no" to any of these questions (and even if you answered "yes"), then you need to hire professionals to help you protect your money and help you make smart choices when it comes to taxes. Even Mark Cuban, the billionaire businessman and investor you see when you're too lazy to change the channel from "Shark Tank," said the first thing you should do is hire a tax attorney if you win, according to a report by The Dallas Morning News. 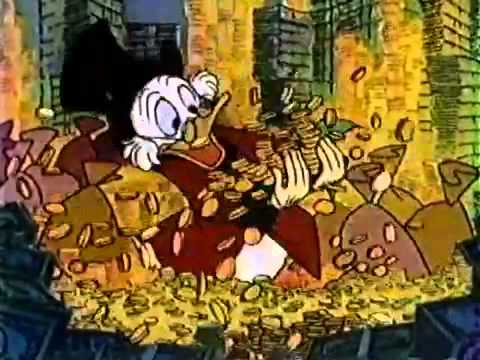 4. Decide whether to take the lump-sum or annuity payments

One of the hardest things you'll have to do, should you win the Powerball jackpot, is decide whether to take lower lump-sum payment right now, or receive the full prize in the form of annual payments for the next 30 years. With the current $1.5 billion jackpot, you'll likely take home about $930 million before taxes, which vary by state (but will probably be another big chunk of it), if you choose the instant payout route. That's the no-brainer way to go if you want hundreds of millions of dollars dropped into your bank account right away and don't want to have to deal with the annuity payments for the next three decades -- even if that means you'll get less. Most people take the cash.

However, a recent article fromThe New York Times has put forth an interesting and surprising case for choosing the annuity payments. Among other points, like protecting your hoard of cash from yourself, the article claims you'll end up paying less in taxes on more money if you're willing to take the annual payments:

"[T]here are big tax advantages to the annuity. The main one is that taking the annuity is basically like letting the government hold onto part of your prize for a while and invest it for you — and the government does not pay tax on investment income. Of course, once you get the annuity checks, you’ll have to pay income tax on them. But if you take the lump-sum cash prize, you’ll pay tax twice: on the prize when you win it, and on the income you get by investing it." Interesting, right? Read the full post here.

5. Get a financial advisor

Unless you have several years of experience managing hundreds of millions of dollars in cash and assets (if so, why are you playing the lottery?), you're probably not qualified to make good decisions on what to do with your new billion dollar windfall. Granted, you've already retained attorneys, but you'll likely need one more person on your team for when you're ready to start using your money, especially if you're planning on investing it. This person could also act as your first defense from people asking for money.

As Ric Edelman, chairman and chief executive officer of Edelman Financial Services, explained in the TODAY report, "[G]et a financial planner and make no financial decision without that person's guidance. Use that person as a buffer with all those who ask you for money -- this will help insulate you and protect your relationships."

This sounds impossible, considering you'll soon be swimming in cash the rest of your life. But it could lead you to make bad decisions that could, well, cost you.

Consider the case of these New Jersey restaurant workers, who did the exact opposite of acting normal when they thought they'd won the $900 million jackpot last weekend, according to a report by NBC New York. At least one of the workers promptly quit his job, under the assumption that he'd never have to work another day in his life. That is, until they realized they were looking at the wrong numbers -- the old winning numbers from a previous drawing. Whatever you do, don't be that person, even if you're certain that you won.

There will be plenty of time to party, buy everything you've ever wanted and more, and tell your boss to go fuck himself. Book a trip somewhere to escape for a bit if you need to get away from prying family, friends, and temptation. You've gone all this time without having tons of money, so why would a wise person like yourself suddenly abandon reason for madness (yes, that's another LOTR reference)? Ultimately, you should do what you usually do -- go pick up some beer or a bottle of decent whiskey, order a pizza, and kick back -- but this time with the comfort of knowing that you're one of the few people in this world who've got it made. If you don't blow it.

As the convenience store workers would say: Good luck.

Tony Merevick is Cities News Editor at Thrillist and, full disclosure, bought a ticket. Send news tips to news@thrillist.com and follow him on Twitter @tonymerevick.