What's the Difference Between Streets, Lanes, Avenues, and Other Roads? 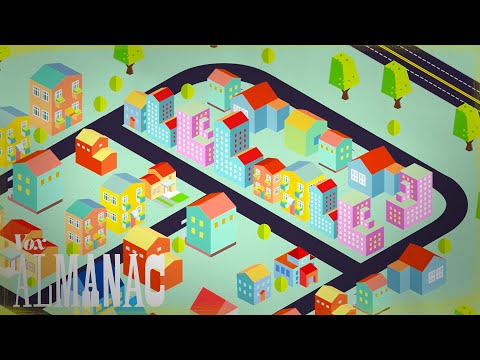 Every city is chock full of streets, boulevards, lanes, highways, interstates, and avenues. But what does it all mean? It gets confusing. Despite the sometimes haphazard way these streets can appear, there's actually some logic to the whole thing.

In a new video for the Vox YouTube Channel, Phil Edwards explains that while there are no hard and fast rules in road naming, those names mean something. They are intended to help us make sense of the winding roads found across America and other countries around the world.

As Edwards emphasizes, there are exceptions, but here are a few of the meanings behind the most common names:

Road — Anything that connects two points.
Way — A side street off a road.
Street — A public way with buildings on both sides. These often run perpendicular to avenues.
Avenue — Also have trees or buildings on both sides.
Boulevard — A wide street in a city with trees or greenery on both sides. There's generally a median in the middle of a boulevard.
Lane — A narrow road, often in a rural area.
Drive — A winding road that has its route shaped by natural features such as a lake or mountain.
Terrace — A road that runs along the top of a slope.
Place — A road with no throughway.
Court — A road with no throughway that ends in a loop or cul-de-sac.
Plaza or Square — An open public space that's surrounded by businesses or streets.

The video also touches on the differences between high-speed roads like highways, interstates (which don't have to go between states at all), and frontage roads.

Now you can take all that excellent information and bore the hell out of your relatives on Thanksgiving, elucidating how strange it is that Evergreen Terrace doesn't actually run along the top of a slope.

Dustin Nelson is a News Writer with Thrillist. He holds a Guinness World Record, but has never met the fingernail lady. He’s written for Sports Illustrated, Rolling Stone, Men’s Journal, The Rumpus, and other digital wonderlands. Follow him @dlukenelson.