Why Does Stepping on LEGOs Hurt So Much? 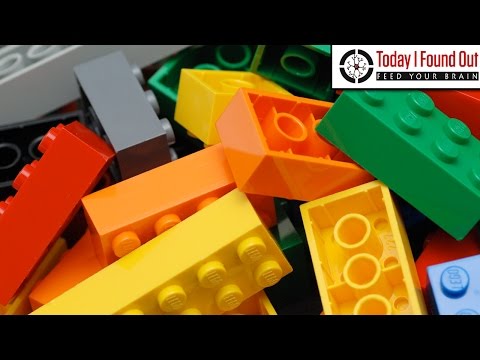 Today I Found Out

The piercing pain is familiar to almost everyone. Stepping on a LEGO hurts an unreasonable amount. You step on other objects all the time, but LEGOs have a special vendetta against your feet.

Yes, you're stepping on something, and that can hurt no matter what you're stepping on. But there's actually sound reasons why LEGOs hurt much more than other things you might find on the floor at home. Thankfully, Simon Whistler at the Today I Found Out YouTube channel has dedicated a video to explain the science behind the nuisance.

Their video goes in depth, but for the sake of simplicity, it can be boiled to four main reasons stray LEGOs on the floor are the devil. For starters, the sole of the foot is loaded with nerves, making it quite sensitive. That's because our feet work to keep us balanced. All the information those nerve endings receive help your brain keep you from looking like you're walking in a Monty Python sketch.

Secondly, there are an amazing number of LEGO bricks in the world. According to LEGO, there are enough LEGOs in the world for every person on Earth to have 83 bricks. They're ubiquitous and, even worse, they tend to be played with on the floor.

Thirdly, they have sharp corners and knobs. That will help aggravate all those nerve endings in your foot.

Finally, they have no give. While many toys might give when you step on them, LEGOs don't. A single brick can support 953 pounds of pressure before it compresses. That means when you step on a LEGO, the lack of give transfers all that force right back into the sole of your foot, rather than absorbing some of the force exerted on it.

Whistler goes even more in depth in the video above. Knowing this information probably won't make you pick up LEGOs you see on the ground, but maybe there's some comfort to be derived from knowing that yes, LEGOs really do hurt more than most things you might step on by accident.

Dustin Nelson is a News Writer with Thrillist. He holds a Guinness World Record but has never met the fingernail lady. He’s written for Sports Illustrated, Rolling Stone, Men’s Journal, The Rumpus, and other digital wonderlands. Follow him @dlukenelson.
Thrillist TV
Wine and Cheeseburger
Wine and Cheeseburger: Harley and Lara Pair Falafel with Wine