Competitors Gleefully Tackled a Snowboarder After Her History-Making Jump

New Zealand's Zoi Sadowski-Synnott won gold in snowboard slopestyle and the other skiers were thrilled for her. 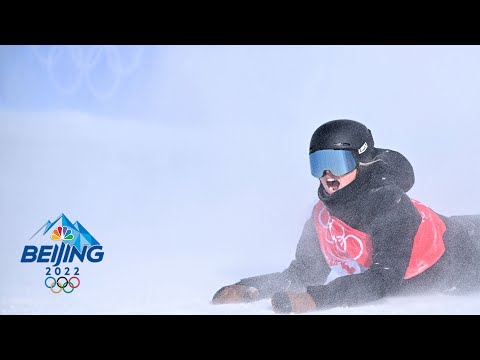 It seemed like everyone, including her competitors, was elated when New Zealand's Zoi Sadowski-Synnott landed her gold medal-winning jump in women's snowboard slopestyle.

Sadowski-Synnott put up a score of 92.88 to make history as New Zeland's first-ever gold medal winner at the Winter Olympics. In that same competition, Julia Marino grabbed the first medal of the Beijing Games for the US. It wound up being the kind of heartwarming moment you hope to see at the Olympics.

As Sadowski-Synnott reached the bottom of the hill after an impressive final run, she was tackled with a gleeful embrace from Marino, who won silver, and the bronze medal-winner Tess Coady of Australia.

The rest of the field joined in a group hug after the tackle as well.

"Zoe’s an inspiration to all of us," Marino said afterward, per NBC. "She’s the best rider right now, and she’s making us all push our levels, and I couldn’t be happier for her."

Sadowski-Synnott may just be 20, but her win didn't come out of nowhere. She's the reigning X-Games winner and is a two-time World Champion. She also took bronze in big air back at the 2018 Olympics, among many other accolades.

Watch the final run that earned her gold at the top of the page.

Check back during the Games for all of Thrillist's continuing Olympics coverage. Think of us like an all-knowing friend watching along with you to answer all the most important questions, like how heavy Olympic medals are, or how you can tell the difference between luge, skeleton, and bobsled. We'll explain everything fromwhy the triple axel is such a big deal, to how the Russian team found a sneaky way to wear its flag despite a ban, and much, much more.