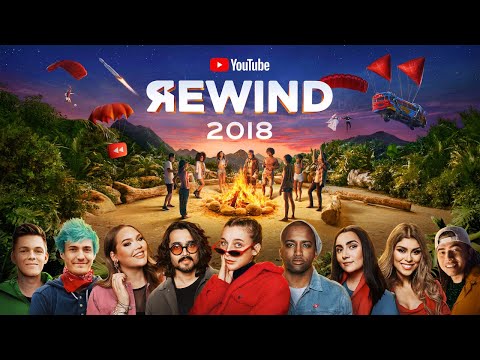 There is a strangely blissful irony to the fact that YouTube, itself, has just produced and distributed the most disliked video of 2018... on YouTube.

The streaming site -- known for its near-endless archives of shameless user-made videos featuring bashful youths doing things like taking ketamine and playing with Lincoln Logs in kiddie pools filled with Gatorade -- creates a recap video each year to celebrate all the esteemed YouTube-affiliated content it feels defined the last 365 days.

For a video platform centered in its entirety around the production and distribution of videos, these are generally known to be bad. They typically showcase the platform's top-performing content from the previous year in the form of a music video, starring a number of somewhat insufferable YouTube personalities acting out somewhat insufferable scenarios.

While it's unclear if anyone has every actually enjoyed one of these mashups, this year's took the cake, immediately topping the charts for the year's most "disliked" video and falling second only to Justin Bieber's 2010 "Baby" music video for the most "disliked" video on the platform of all time.

In the 2018 edition, the clip starts with Will Smith receiving a notification on his cell phone alerting him that the "YouTube Rewind" video is ready. For a brief, unnecessary moment, we listen as he waxes poetic about how he might orchestrate his own Rewind -- then, the actual video kicks into full gear with a Fortnite-heavy Magic School Bus ride from hell. Not only does it fail to make any sort of logical sense, but it also fails to include any of the year's relevant influencers -- namely PewDiePie, Logan Paul, and Colleen Ballinger.

And while the J. Beebs X Ludacris hit, "Baby," has racked up a whopping 9.7 million "dislikes" over the past eight years, YouTube's latest project, which has been live for barely a week, has now garnered 7.3 million. So, in the long run, when it comes to things that are bad, it looks like the in-house YouTube masterpiece is scheduled to dethrone our favorite dirtcore pop star from his place of detestable honor.

On the other hand, maybe this YouTube video does 2018 some justice.