Stoli refuses to give up on getting men to drink pink. First, they tried convincing guys to go ahead and order that Strawberry Daiquiri with stats (74 percent of millennial men like sweet cocktails, but 63 percent of them won’t order one in public) and a series of videos from star bartender Jeffrey Morgenthaler. Now, the vodka brand is trying a different tactic with an Extreme Cocktailing video series produced and directed by snowboarders-turned-action-sports-film-makers Lukas and Jesse Huffman.

Part of the brand’s Drink What You Want campaign, the four-episode series spotlights professional adventure athletes shaking cocktails while performing daring acts. "Extreme Cocktailing is a fun reminder for men to stop worrying so much about what other people think and to drink cocktails that they enjoy," Russell Pareti, brand director of Stoli Group USA, told News Channel 10. "These extreme athletes are some of the most confident, manliest men alive and they all drink flavored cocktails without fear of their masculinity being called into question." The message being: If these He-Men are cool with ordering a Sex on the Beach, then you should be too, bro.

The four-part series, which premiered on YouTube and drinkwhatyouwant.com, features bull rider Zach Miles, slackliner Spencer Seabrooke, kayaker Benny Marr and mountain biker Kyle Norbraten shaking cocktails while extreme sporting. It’s all pretty impressive, though we’re not entirely sure if their shaking techniques would produce the best drinks. See for yourself: 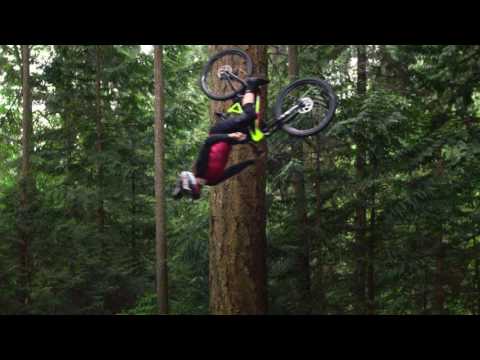