Millennial Men Want Fruity Drinks, Are Too Self-Conscious to Order Them

Are you male? Do you crave so-called “girly drinks” like Cosmopolitans and strawberry Daiquiris but are too self-conscious to order them in public? You’re not alone. As part of Stoli’s new “Drink What You Want” campaign, which seeks to empower men to order fruity drinks, the vodka company surveyed 1,475 Americans and found 74 percent of millennial men like flavored cocktails, but 63 percent of them won’t order one in public, fearing their friends will make fun of their choice. The survey also found that 53 percent of millennial men care about what people think of them when ordering alcoholic drinks, compared to only seven percent of boomers.

In an effort to help ease men into ordering drinks often associated with the fairer sex, Stoli enlisted the help of award-winning mixologist Jeffrey Morgenthaler of Portland, Oregon’s Clyde Common to come up with cocktails made with Stoli’s flavored vodkas.

"As a bartender for the past 20 years, I see guys come in my bar all the time who are locked in to order 'manly drinks' like bourbon and beer, but their eyes and hesitant actions clearly show that they really want something that is flavorful, delicious and refreshing," Morgenthaler said. "If you're worried about whether your drink is masculine enough, you're being absolutely ridiculous. I always tell guys: there's no such thing as a manly cocktail.”

While we have mixed feelings about flavored vodkas in general, we are all for a campaign that charges men to go forth and drink pink, if that’s what their palates prefer. Because as Morgenthaler explains in the following video, bartenders certainly don’t care about your drink order, but they will judge your tribal tats and use of the word “hashtags” in common conversation. 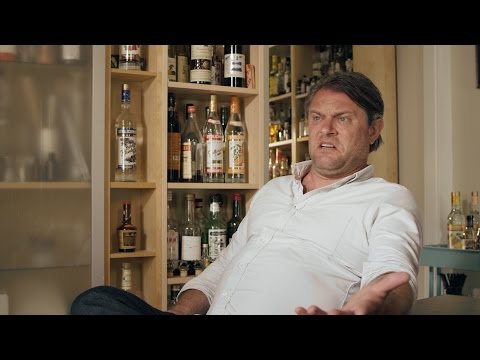