Because your current name is just too full of hope

Once a player turns your fantasy season into a nightmare like the one poor Jon's having up there, you should absolutely change your overly optimistic team name to something appropriately miserable. Here're some prime examples of that excruciating-but-kinda-fun process, using some all-time great fantasy killers 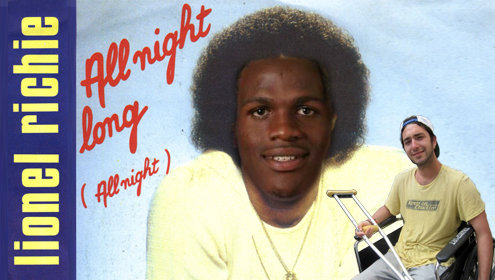 The Looked Amazing in Limited Appearances Guy: Kevin KolbFantasy Name: Kolb as Ice, narrowly beating out Kevin SentRationale: “He's the first QB in NFL history to throw for 300+ in his first two starts, and now he's throwing to a little guy I like to call THE BEST RECEIVER IN THE NFL. Also, Foreigner is totally underrated.”Nightmare Name: Kevin and Hell, narrowly beating out How Can Kevin Kolb Suck This Bad?Rationale: You now hate Foreigner

The Biggest Bust Ever, Including Probably Man-Bra Size: JaMarcus RussellFantasy Name: Do The Russell!Rationale: Anyone who can throw a ball 70 yards off his knees is clearly the real (Van) McCoyNightmare Name: Russell and Blow Rationale: If the Raiders/fantasy owners had done their homework, they would've discovered Terrence Howard was actually a better pro QB prospect. So was Anthony Anderson, for that matter

The Second Year Bust: Steve SlatonFantasy Name: A.C. SlatonRationale: His freakish athleticism makes everyone else on the field look like Screech.Nightmare Name: Moats from the UndergroundRationale: Because the most promising all-around back in the league fumbled 800 times and got beaten out by Ryan Moats. And because you want everyone to think you read Dostoevsky, which is a weird lie to tell a bunch of guys in a fantasy football league

The Actually Over-the-Hill Gang: 2011 Pittsburgh Steelers DefenseFantasy Name: Order of the Smith LordsRationale: Sure Aaron Smith gets hurt all the time but he's the heart and soul of a defense that was the fantasy world's best in 2010.Nightmare Name: Step PUP 2: The StreetsRationale: Aaron Smith got hurt again. So did everybody else who sacked quarterbacks, intercepted passes, or recovered fumbles -- basically this D was like a Step Up sequel Channing Tatum barely appeared in 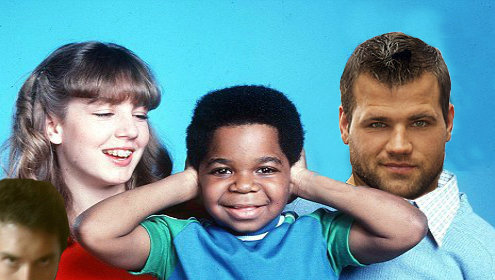 The Madden Cursed: Peyton HillisFantasy Name: The Hillises Have EyesRationale: The 2nd coming of John Riggins will tear apart defenses like a savage hill mutant, which he might actually be, since he's from Conway, Arkansas.Nightmare Name: What You Talkin' 'Bout, Hillis?Rationale: The dude just flat-out disappeared, like Different Strokes' Todd Bridges did during the years he was shooting drug dealers and stabbing guys with kitchen knives

The Perpetual Disappointment: DeAngelo WilliamsFantasy Name: DeAngeLo-MeinRationale: After a season riddled with injury, this talented player is as hungry as a guy who had Chinese food four hours ago.Nightmare Name: It Puts the DeAngelotion in the BasketRationale: DeAngelo Williams will throw your fantasy season in the bottom of a well