Why You Need to Add These Ingredients to a Whiskey Sour

Level up with blackberries and red wine. 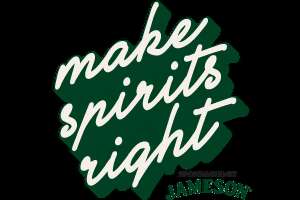 The New York Sour is what happens when a Whiskey Sour sneaks into the wine cellar. It’s essentially a Rye Whiskey Sour topped with a float of red wine; one of those rare feats of mixology magic that actually tastes as good as it looks. Ironically, the New York Sour does not hail from New York, but Chicago. First created in the 1880s by a Chicago bartender looking to add a little snap to his sour, it originally went by the name of Southern Whiskey Sour or Continental Sour. The cocktail found fame in New York during Prohibition, and the city claimed it as its own. Strong as it is, this darkly fruity drink is great during brunch hours when the midday sun accentuates its beautiful hues.

For a fresh take on the classic, we tapped Shae Minnillo, a bartender at Manolito in New Orleans. "Tart berries go well when making a shrub to pair with a nice whiskey in bracing colder weather. With or without an egg white, this blackberry shrub will make for a nuanced take on the classic," he says of his creation.

Shake the whiskey, lemon juice, and shrub syrup with ice.

Strain into a double old-fashioned glass and fill with fresh ice.

A Seasonal Take on the Devil's Own Cocktail

Irish whiskey and maple pumpkin butter were made for each other.

The Old Pal is a classic that dates back to the cocktail’s golden age.

Treat Your Dinner Guests to This Barrel-Aged Spiced Whiskey Cocktail

Get inspired by a bartender's fresh take on a classic.

A Bartender's Unconventional Take on a Whiskey Smash

These Cocktail-Inspired Beers Combine the Best of Both Drinks

If you don’t want to choose between a Guinness and an Old Fashioned, you don’t have to.

These BIPOC Wine Podcasts Are Changing the Narrative

Whether you want to learn about wine or dish about the latest gossip, these shows have you covered.

Why We’re All Under Jinkx Monsoon’s Spell

The Portland native shares her journey from ‘Drag Race’ to Broadway.

The Best Clubs in NYC to Dance the Night Away

Sip this Sông Cái Distillery spirit like it’s a dram of amaro.

Where to Get the Best Non-Alcoholic Cocktails in Boston

From booze-free beer to intricate mocktails, there’s something for everyone.

The details on natural wine and 14 places to find it in Vegas.

Where to Get the Best Booze-Free Drinks in Philadelphia

These spots are serving up non-alcoholic fun.

Finally, a drink worthy of the scenery.

Enjoy amaro, mules, and margaritas without the hangover.

Take a Night Off Drinking at a Sober Party in NYC

Absence of Proof is helping New Yorkers have booze-free fun.

Try This Creamy Avocado Shake to Jumpstart Your New Year

Embrace the world of Ayurveda with these healthy recipes.

Loaded with root vegetables, this kombucha-like drink is easy to make and love.

From cookies n’ cream cold brew and fancy cortaditos to Ethiopian Yirgacheffe, fuel your caffeine buzz at these places.

The Dessertification of Whiskey Cannot Be Stopped

Brown spirits flavored with birthday cake, peanut butter, and beyond are coming for your glass.

Why Yes, You Can Major in Beer at These Schools

6 Non-Alcoholic Wines Worth Trying in Dry January and Beyond

Abstaining from alcohol doesn’t have to mean foregoing the ritual of a glass of wine.

What to do when the slots are through with you.