This Is What an Old Fashioned Tastes Like with Honey

The overlooked sweetener is just what this classic cocktail needed. 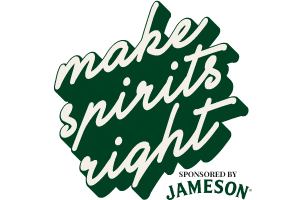 ​​In 1948, a New York tax-attorney-turned-cocktail-whiz published The Fine Art of Mixing Drinks, which remains an indispensable bartending guide to this day. Its author, David A. Embury, held that six cocktails reign above all others, and perched atop his list is the Old Fashioned, a marvel of simplicity and elegance that has endured almost as long as these United States. For the better part of the 19th and 20th centuries, the Old Fashioned was perhaps the most fashionable drink being imbibed. By the 1990s, however, it had all but disappeared, as the masses fell under the siren spell of frothy, fruity cocktails like the Cosmopolitan. Fortunately, by the early 2000s, the Old Fashioned had been restored to its rightful place at the top of the list.

For a modern take on this classic cocktail, we turned to Shae Minnillo, a bartender at Manolito in New Orleans​. "An Old Fashioned is something of a conversation between drink and drinker. Be sure to stir lightly so that the cocktail doesn’t lose character; it’s meant to sit with you for a while and retain your interest. The last thing you want is an overly diluted glass of perfectly good whiskey sitting in front of you," Minnillo says of his creation.

"Any tenured bartender will tell you that they rarely make cocktails at home unless they are entertaining guests. And even then they don’t always keep homemade syrups on hand. As far as the exchange of honey for another source of sugar, honey is an often overlooked sweetener that almost everyone has in their cupboard and can help open up flavors that other sugars don’t always tend to."​

‘Tis the season to pour it up with friends and loved ones. Lucky for you, a Jameson, Ginger & Lime pairs with your chill Friendsgiving vibe. Of course, sipping a Hot Toddy will take the frost off a cold night in. If you’re more on the classy side, Jameson on the rocks goes perfectly with game night, (or any Thursday night really).

When you gather up your crew and open a bottle of Jameson, everything just gets that much smoother and a lot more festive.

Add all ingredients in an Old Fashioned glass.

Garnish with an orange twist.

The Washington Apple Shot is a sweet, fruity and straightforward shooter.

There aren’t many frozen whiskey drinks out there.

The simple mix of bourbon, fresh lemon juice, and honey makes it a crowd-pleasing sipper.

When you can’t choose between your favorite whiskeys, just put all of them in one shot.

TJ’s has 30 different coffees—but which is best? We drank them all to find out.

Whether you add booze is up to you.

Let's drink our way out of this pandemic.

12 of the Best Coffee Shops in San Diego

Switch up your work from home routine.

The 24 Best Stouts in America to Try This Winter

This is gonna get dark.

Spike Your Pickles with Whiskey and Hot Sauce

This edible version of the Pickleback shot will blow your mind.

Why You Need to Add Chamomile Tea to Your Hot Toddy

Nothing will keep you warm like this twist on an old favorite.

This Is What an Old Fashioned Tastes Like with Honey

The overlooked sweetener is just what this classic cocktail needed.

The Best Wine and Spirits Advent Calendars for a Boozy Holiday

Get into the holiday spirit.

Every Beer Advent Calendar You Need to Know About This Year

Where to Grab a Drink in Philly Right Now

From laid-back sports bars to wine spots with hundreds of options.

This Bartender Reimagined a Whiskey Sour, and We’re Here for It

A touch of blackberry packs a serious punch.

This Cinnamon Hot Toddy will give you a boost of fire energy and social cheer.

How to Make Hot Cocktails That Actually Taste Good

How to Properly Batch Cocktails for Your Next Party

This champagne-tequila cocktail is the perfect welcome drink.

Where to Drink in Atlanta Right Now

Take the edge off.