What Stripping Has Taught Me About Dating Men 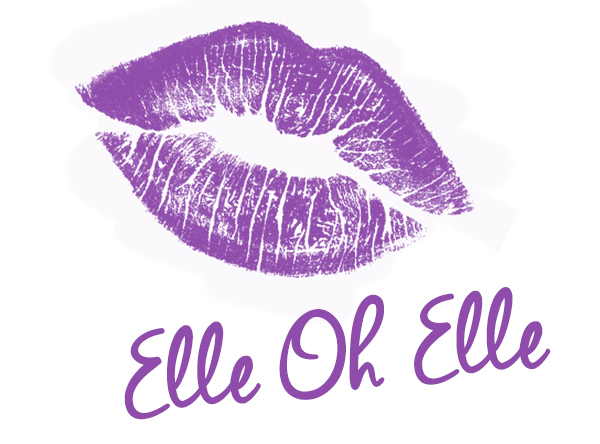 Welcome to Elle Oh Elle, where Portland-based writer and entertainer Elle Stanger takes your sex life from subpar to subversive. Find more of her musings here.

I’ve been a stripper for seven years. I’ve been married, I’ve been single, and I’m currently polyamorous.

For most humans, having a conversation with a stranger is a daunting endeavor. That’s why blind dates, Tinder dates -- any dates, really -- are stressful: we’re looking to gather information about the other person while portraying the best, hopefully honest version of ourselves.

Unlike many of you dear readers, I’m a professional talker. In seven years, I’ve initiated about 15,001 conversations with total strangers. I’ve given about the same number of lap dances, and doled out innumerable hugs and shoulder squeezes to people. Consider it a sales job, because it is.

One of the beautiful, ironic parallels of stripping and dating is that in each case, the woman is looking to find a man who will invest in spending time with her and still respect her sexual boundaries.

I’ve learned a lot about dating men in my time in the club. Here are the near-universal truths.

If he seems too good to be true, he probably is

So, he has a great job that makes “a ton of money.” He has a new car, he can bench 8 million lbs, blah blah blah -- something smells fishy, and it ain’t my panties.

Look ladies, trust your instincts. If a man is more concerned with inflating his own ego than getting to know what makes you tick, don’t ignore this big red flag. Odds are, if it sounds like he’s reciting a script, he is. And this means that he runs these lines along any female with ears. This means he is desperate, and that there’s no real attempt to get to know you. And besides, braggarts are just unsexy.

Obsession with  your appearance -- and nothing else -- is a red flag

Just imagine how juvenile it is to be told a dozen times in 10 minutes how “bangin’" your body is. Yes, I know I’m attractive. That’s why we are both here, sir.  The reason that some men spout this crap is because they don’t know how to have a conversation. Also, because they are complimenting you in the simple hopes that you like them more. Yeah, I like my titties too... see ya later. I’m pretty sure when my dad met my mom, he didn’t just stare open-mouthed at her chest.

Generosity often comes with a price

When you’re dating, you should be looking for what I call “no-strings-attached kindness.” That means, he doesn’t expect a trophy or a blow job for any niceties. But, needy douchebags that don’t know what proper manners are will become annoyed and whiny if you don’t make them feel special for taking part in what is typically common dating courtesy.

Men like this are actually dangerous; they are the ones who feel entitled to you. I would not recommend leaving a bar with a man like this.

Be wary of a person who has ZERO friends of the opposite gender. Why? It usually means that they don’t know how to maintain long-lasting, significant bonds with people who they are not currently boning. And while I love a random fling, I also enjoy being able to make small talk with them when I bump into that person at the grocery store a few months later.
Jason Hoffman/Thrillist

Pay attention to how he talks about his exes

“All of my exes are crazy.” No, no, no. More like, “I repeat cycles of problematic, inflammatory behavior with people that I am incompatible with, and I haven’t learned from my behavior, so instead I just blame the other people.” If you meet a man who speaks well of his ex-wife, or former girlfriends, add a couple of points to his score.


Does he have children? Does he see them? Find out.

As a parent, it’s shocking to me that people will still date other people who are absentee parents. Besides the fact that it’s heart-wrenching to abandon a person that should be your entire world, don’t you also consider the fact that if you were to become pregnant, he would also just abandon you?


Pay attention to how he treats/views women and their sexuality

In our modern age and constantly evolving conversations around sex and female sexuality, it doesn’t take a self-proclaimed feminist to know that men and women are sexual beings, and that consent is the key to a sexually progressive society.

It’s interesting to watch Americans try to walk the tightrope of what’s considered acceptable, when really, the conversation should just end with, “Is this adult expressing their desires in a way that makes them happy?” End of story. A woman’s low-cut shirt doesn’t indicate her value, it just means that she likes the damn shirt, and her breasts too. Men and women who attempt to tear down the sexuality of other men and women are just avoiding looking in the mirror to discuss their own sexual insecurities. And that’s just not sexy.


If he only compliments you by insulting other women, beware

Examples of this are “you’re the hottest girl here,” “that other chick is fat,” and “you’re not like the other girls.” A compliment should be able to stand alone, and not be a measurement of your peers. When you love or like someone, they are beautiful in your eyes, regardless of who else is in the nearby lineup.

Unless you also happen to be a xenophobic bigot, spare yourself the trouble of being subjected to this hateful mouth-diarrhea.


If he makes any mention at all about how big his penis is? No, just no.

Because I didn't ask.

NOTE: For the purpose of simplicity, this article was written with men living as heterosexual in mind. This does not include the women, and non-binary folks, and I never assume a person’s sexuality. However, as a female stripper, let’s assume for this article that the majority of the clients coming to see me dance are attracted to women.

Elle Stanger is a mother, stripper, feminist, activist, and author who entertains the masses in Portland, OR. She holds two university degrees, neither of which she utilizes in a conventional fashion. She prefers organic food, dark beer, and self-actualized individuals. Don’t ask her about her tattoos; she’s run out of clever retorts. Find her online at EroticMusePDX.com.