It's hard to win against the sun—a perfect & enormous sphere of hot plasma. But hope isn't lost! We talked to some experts who spend copious amounts of time out in the heat and they gave us their recs to help you literally stay cool all summer. 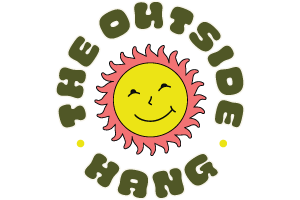 Upon further examination of its lyrics, it turns out the 2015 Demi Lovato hit “Cool for the Summer” is actually not three minutes and 34 seconds of tips on how to keep your body temperature down between July and September. So, since the Demi route was kind of a bust, we turned to some experts in keeping cool—from a former pro football player to a guy who literally hunts rattlesnakes in the desert. They told us what to use to stay comfortable when temperatures rise, tipping us off to everything from the right clothes to the best kind of beverage to keep you hydrated.

Price: 3 for $10
“In the summer heat, your body circulates a higher volume of blood to your skin which causes your temperature to rise and you to sweat,” says Dr. Jacob Steiger, head of Steiger Facial Plastic Surgery in Boca Raton, FL. So keeping one’s face, where blood is closer to the surface, cool is crucial. This hydrating mask is great if you’re in a hurry, offering a mix of aloe, cucumber, and avocado that can refresh and chill your face in 60 seconds. It’s the closest thing to instant relief you’ll find without dumping a bucket of water on your head, and the added hydration might help stave off some summer sun wrinkles too.

Price: $94.95
Bringing sand to the beach is a bit redundant. But bringing shade to the beach? That’s pure genius, and this shade makes a blazing hot beach day a lot more tolerable. Sure, you’ll sacrifice some of your tan, but you’ll also be able to sit under 169 square feet of nylon that’ll keep you and whatever you’re drinking cold. And you'll never have to worry about it blowing half a mile down the beach as it's anchored by sandbags.

Price: Towels start at $15. Hats and gaiters $19.99.
Former Tennessee Titan and New Orleans Saint, Chris Valletta, learned a lot about keeping cool while enduring summer two-a-days in the deep south. “You’d run over to the sideline, take your helmet off, and they’d wring out an old towel soaked in ice water over your head,” he says. “But you’re dumping all this water on yourself, so while you’re cooler you’re also weighing yourself down and waterlogged.” After leaving football, he set out to develop towels and other apparel that could cool an athlete without making them heavier. The result is Mission’s fabric, which contains small, water-trapping packets that stay cool for up to three hours and add no weight, giving you the benefit of wearing a wet towel without the added water. Other pro athletes see the benefit too, as Mission counts Dwyane Wade and Serena Williams among its biggest fans.

Price: $29.95
When I was in the Marines spending days on end in 100+ degree heat, drinking water was the easiest, simplest way to stay cool. Of course, drinking 100+ degree water out of a plastic canteen wasn’t always all that appetizing, so now I opt for insulated water bottles that keep stuff cool in any condition. This triple-insulted number from EcoVessel is made of stainless steel, but more importantly, fits in a standard cup holder, so you’re not holding it between your legs while you drive. It’s got a silicone bumper, so if you beat the hell out of your bottles like I do your bottle won’t look like it went to war. And it’s even got a strainer on top if you want to add some fruit to give your water some flavor (and electrolytes).

Price: $1,399
How many times have you been out enjoying the great outdoors on a sweltering day, and jokingly said to your friends, “The only thing missing out here is A/C.” Well, if you’ve got 1,400 bucks lying around it’s a joke no more, as this portable air conditioning unit can blast cool air into your tent, camper, or tailgate. However, it’s not going to cool your whole house or anything, so don’t think you’ve just gamed the system. But if you’re an A/C aficionado and a lack of it is all that stands between you and a glorious summer camping trip, this might be worth the investment.

Another portable air conditioner, but a bit less expensive

Price: $150
If $1,400 is a bit too pricey for some cold air, consider this 2.8-pound evaporative air conditioner from Evapolar. The compact unit fits nicely on your deck or picnic table, and can keep cool air flowing while you enjoy life outside. If you don’t have A/C in your house and a heat wave hits, you can bring the cold air with you from room to room, never again relegating yourself to the basement until the hot weather subsides.

A shirt from Under Armour designed to cool you down

Price: $35
“A brother can’t be worrying about sweat and chafing while facing a rattler, ya know?” says Jerome Williams, who trains K9s in the California desert to track and chase out rattlesnakes. “When I’m hunting rattlesnakes in 100+ degree weather, my UA shirt does the job of keeping me cool without distracting me with irritation.” Under Armour’s CoolSwitch shirts provide compression for rugged physical activity, but also include a special coating on the inside which pulls heat from the body. So even if you’re just chasing your dog down the block—and not down a desert hillside—you can still feel flexible and cool at the same time.

Price: $185
Using a hat to keep cool in hot weather is not a novel concept, but a wool hat seems like the complete opposite of what one would want to wear to stave off heat. While hiking through the Badlands this summer, I discovered the benefit of these wide-brimmed hats made in the Peruvian Andes. First, the massive brims keep your neck and face in the shade, minimizing sun exposure and keeping you cool. But more importantly, alpaca wool is a surprisingly cooling fabric. “An alpaca’s fleece is the primary reason alpacas can withstand extreme temperature swings in their natural environment,” explained Carol-Anne Lonson, who owns the Canzelle Alpacas farm near Santa Barbara. “Their fleece creates tiny pockets of air between the fibers, which provide protection from the heat of the sun when it's hot.”

Price: $1,799
If you live in a city where A/C isn’t everywhere, you can lose a lot of sleep when the inevitable summer heat wave blows through. For those who stay up nights trying to beat the heat, there’s the Big Fig Mattress, whose ThermoGel surface converts sweat into a refrigerant. The latex layer atop the mattress is also perforated, which keeps air flowing through the surface while you sleep. Additional gel particles in the top layer also act as temperature regulators, so even when your body heat hits the mattress it won’t warm up on you.

Price: $49
Paleontologist Becky Barns and her geological intern Alyssa Schiwal get no breaks from the sun doing summer digs with the North Dakota Geological Survey. Hot prairie winds and humidity-breeding thunderstorms don’t help matters, so finding ways to stay cool is a job essential. “I’ve always got a bandana on my head, all day,” says Schiwal, “that’s really the best form of sun protection.” While neither woman suggested a specific brand of bandana, these hand-woven ones are a few inches bigger than most bandanas you’ll find, and are extra soft so you can wear them on your face too without much rubbing. They’re also made with natural dyes, and made from tougher fabric than ones you’ll find at the gas station.

A cooling pillow and some gel packs

Price: $60 for the pillow and gel pack bundle
There are days during summer in South Florida, where I live, when the sand is so hot you need to put down two towels. And going in the water is the opposite of refreshing. For beach days like that, this Ballast pillow is clutch. It stays weighted down when the hot summer winds blow through, and doesn’t end up blowing down the beach like an ice-cold tumbleweed when you get back from your scalding dip in the ocean. Plus, the additional gel packs turn the pillow into an instant head cooler, so your body temperature stays low. Useful tip: If you’re bringing a cooler to the beach, throw these in there every time you get up so they never get too hot.

Price: $21.99 per 12-pack
Nobody can reinforce the importance of hydration enough when staying cool. But drinking regular water isn’t always the best way to get fluids into your system. “We lose a lot of electrolytes, potassium, and sodium when we’re sweating,” says Cristie Besu, a Certified Sports Nutritionist and CEO/Founder of Eat Me Guilt Free. “Ingest more water than you normally would in the summer, and coconut water is going to help you hydrate better…because of electrolytes the water will rush into your cells.” While there are dozens of brands of coconut water on the market, the pure coconut water from Once Upon a Coconut is not only delicious, but packed with potassium, calcium, and magnesium.