Finally, A Camera That Will Edit All Your Footage For You

We've said it before, and we'll say it again: the biggest downside of recording our adventures is having to edit all that footage into one cohesive highlight reel. Even using a service like Shred brings another device into play, and bogs down the process.

Graava is here to cut out all those pesky middlemen and let you record, edit, and share your exploits, all in one device. And the best part? It will even edit your footage for you. Seriously.

Graava functions like your brain: it notices the big things happening within its frame and remembers them specifically. It uses a built-in camera, microphone, accelerometer, and GPS capabilities, along with a connection to an external heart rate monitor, to differentiate between what's ordinary and static and what's exciting and highlight worthy. With one tap on its smartphone app, these exciting moments can be distilled from the raw footage, set to music, and shared on social media. 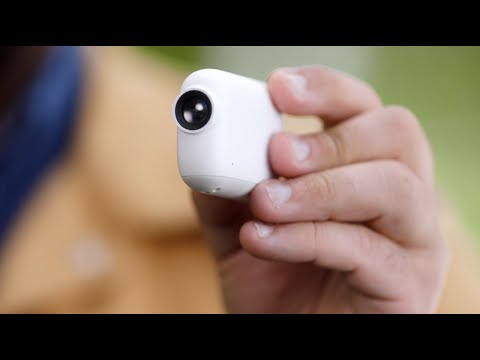 Now for the important specs: the camera shoots 1080p video at 30 FPS and 720p video at 60 FPS and takes 8 MP photos. The 1100mAh battery lasts for up to three hours of continuous use, with wireless charging. There are no 4K video capabilities, and while it's water resistant, it's not waterproof. This isn't the camera to dethrone the GoPro, at least in the specs department, but it's a great alternative for those looking to quickly get their footage cut up and out into the world.

Brett Williams is an editorial assistant at Supercompressor. He thinks Graava is awesome, but every moment of his life is a highlight, so the editing might be tough.