Amazon's CEO Is on a Quest to Stop Aging

No matter how divided we may feel these days, there's at least one thing we can all still agree on: No one wants to get old and deal with the aching joints, sore back, and crappy eyesight that comes with it. It's no wonder that Silicon Valley is so obsessed with funding bonkers and occasionally scientifically dubious anti-aging biotech.

Fortunately, the movement may have just received the shot in the arm it needs to go legit now that Amazon CEO Jeff Bezos is in on the action. He recently dropped millions of his own dollars into Unity Biotechnology, a startup on a mission to make the "debilitating consequences of aging as uncommon as polio." And considering Bezos' instincts have been just a tad successful, this one could have some potential. Here's what you need to know. 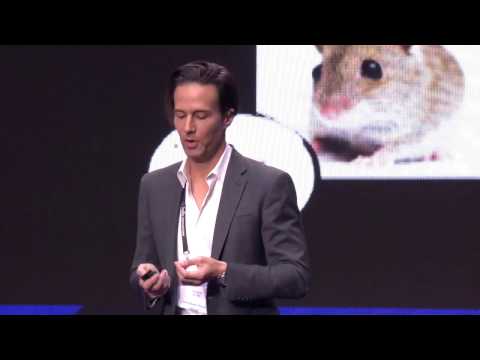 Founded in 2011, Unity Biotech isn't on some delusional quest to make us all immortal. After all, studies have shown that even the most incredible advances in medicine probably can't change the fact that the human body simply gives out around 115 years. Rather, its mission is to help us live more active, comfortable lives up until the day we croak by developing drugs that selectively eliminate certain stagnating cells in our bodies that cause the painful, debilitating diseases associated with old age.

Without getting too technical, the science involves targeting and removing what are known as senescent cells, or cells that serve as "emergency brakes," preventing dangerous or cancerous cells from multiplying out of control. The trouble is, as we age, these senescent cells don't leave. They linger around in our bodies and actually inflame the regular cells around them, causing conditions like arthritis, macular degeneration, and kidney disease. The trick, essentially, is to find a way to make these senescent cells self-destruct once they've served their purpose. Cellular suicide, if you will. It's not some pie-in-the-sky theory, either -- studies have shown that mice appear to stop aging after their senescent cells are removed.

Besides the encouraging track record of Unity's founders and management team, who've collectively created more than a dozen FDA-approved medicines, what's most exciting about the company right now is that it has attracted interest from Bezos and other no-bullshit investors -- including the Mayo Clinic -- who've backed the company in its latest round of funding. A vote of confidence from the likes of them speaks volumes about the validity of Unity's science.

Of course, the anti-aging scene in Silicon Valley is growing fast, considering Unity was the 10th biotech startup to complete a fundraising round of $100 million or more in 2016 alone. That means it's going to need to distinguish itself from the likes of Google's hush-hush human longevity project Calico and others, as well as beat them to market. If Unity can stick to its projected timeline, in which it begins human trials in the next year or so -- it may manage to do that.

Joe McGauley is a senior writer for Thrillist who looks about as old as he is.
Our Newsletter