This Year's Nobel Prize-Winning Invention Could Basically Make Us Immortal

The Nobel Prize in chemistry doesn't get nearly as much attention as the ones that go out for peace or literature -- especially this year, when the latter was controversially awarded to songwriter Bob Dylan. Amidst all the Dylan hubub, what nobody noticed is that this year's Nobel-winning chemists pretty much just unlocked the key to immortality.

More specifically, this trio of scientists has developed "the world's smallest machines" -- molecules that can produce mechanical motions to perform specific tasks, like wipe out disease or damage from the body. It's a big deal, and great news for anyone angling to live forever.

These motorized machines are 1,000 times smaller than the width of a human hair

The scientists have spent three decades developing these nano-machines, amassing quite the diverse collection of super-advanced functional mini-bots along the way. They've engineered nano-sized versions of elevators, motors, and yes, even a four-wheel-drive car -- all constructed from individual molecules that are 10,000 times smaller than the width of a human hair. The chemical reaction that gets them to move is assuredly complex, but essentially all you need to do is add a little heat to excite the electrons inside each molecule. Easy peasy. 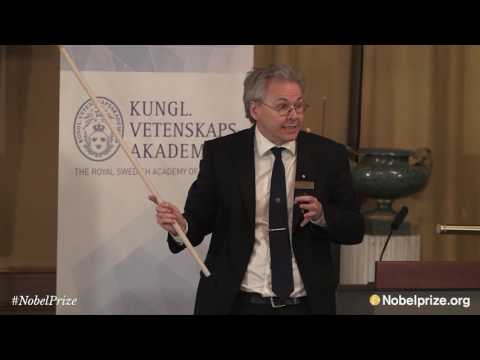 They'll completely change how we treat disease and prolong our lifespan

Once they're sophisticated and precise enough, these mini-machines have the potential to upend modern medicine as we know it. Forget dosing yourself with antibiotics when you get an infection, or going through chemotherapy to rid yourself of cancer. Instead, doctors could prescribe tiny bots that have been specifically engineered to target your plagued cells. Once deployed, they could deliver medicine or even perform microsurgeries -- removing diseased tissue, or mending damaged bones.

Once disease can so easily be eradicated from our bodies, and we can proactively address every potential problem area, we'll reach a point in which the human body doesn't decay at the same rate. The average human lifespan could extend well past what we've ever considered possible -- that is, unless the scientists are right and we max out at 115 no matter what.

Obviously, the technology has a long way to go

The technology is still very immature -- in fact, when announcing the winners, the Nobel Prize committee actually compared the molecular motor at its current stage to that of the auto industry in the 1830s. There's quite a way to go to make these things safe and capable of doing what we want them to with precision.

That's not to say we won't see benefits from this sort of technology in our lifetime. Winning the Nobel Prize has put molecular machinery in the spotlight, exciting researchers and, more importantly, the institutions that fund them. Thanks to that, we may see advancements at a much faster clip than is being forecast.