Why Apple's Next Big Thing Could Be Bigger Than the iPhone

It's hard to believe it's only been 10 years since Steve Jobs walked on stage to introduce the first-ever iPhone. The mobile revolution it kicked off not only changed how people poop, but earned Apple a seat at the table as one of the most influential and important (not to mention profitable) companies on the planet, with industry insiders and techies alike anxiously awaiting the drop of every new device (odds are most Apple users reading this are chomping at the bit to know whether to hold out for whatever new iPhone is around the corner).

However, with iPhone sales down and questions arising over whether the brand has lost its edge, many are wondering what the notoriously secretive company's next big innovation might be, and when it'll be revealed.

Well, surprise! It was actually revealed in June during the company’s annual developer conference: an augmented reality software platform for developers called ARKit. Apple is on the precipice of yet another game-changing breakthrough, and this time it’s going to bridge our digital and physical worlds.

But what exactly is augmented reality? AR is still a relatively nascent technology, and many of us have only been introduced to it in the context of Pokémon Go, Instagram and Snapchat face-scanning filters, or some other novelty phone app that merges our real world with a virtual one. However, AR is capable of so much more than catching Pikachu in the park. In fact, it will be at the core of the next tech revolution.

Unlike virtual reality, which replaces the physical world with a simulated one in a way that can isolate a person, AR modifies and enhances a person's physical environment by layering real-time digital intel (via screen, lens, or other device) onto it. Eventually, it will advance to a level where there's an AR component to just about everything we interact with.

Whoever wins the AR race wins big  -- like iPhone big.

Walk down the aisle at the grocery store and you'll see prices, promotions, even recipes popping out in front of particular products. Get behind the wheel of your car and you'll see speed limits and dynamic hazard warnings on your windshield. Go to a football game and stats and graphics will display above the field, or over individual players -- finally making the in-stadium experience as good as the TV experience again. Augmented reality is going to fundamentally change our expectations of what information is available, and where.

With the unveiling of ARKit -- its proprietary AR software platform that makes it very easy for mobile developers of all levels to integrate AR into iOS apps -- it’s clear that Apple understands this. It also knows what’s at stake: The race is on to develop the ecosystem of devices and software that makes AR easy and cool for us all to use. And whoever wins the AR race wins big -- like iPhone big.

The Apple/AR rumor mill is swirling

Tim Cook jubilantly acknowledges that augmented reality is the future, and the company has poached top talent from the likes of AR-centric companies like Oculus and Magic Leap. But what precisely "the future" means in real terms remains something of a mystery, and where there's mystery, there are rumors.

Rumors of Apple’s Next Big Thing being augmented-reality eyewear have been floating around for months, thanks to a few well-placed sources who have all but confirmed that the company is hard at work testing them out. Since then, many more details about these potential headsets have leaked. In a Reddit AMA last month, one user who goes by the name Foxconninsider (Foxconn being the Taiwanese technology company that owns many of the closely guarded factories in China where iPhones -- and other Apple hardware -- get assembled) revealed that the glasses will likely support both polarized and prescription lenses, and come packed with an accelerometer and a microphone (to presumably easily communicate with Siri and whoever else may be on the line).

Notably, this person also claims that there’s a 65% chance the glasses never even make it to market, citing that number as the “yield rate and amount of other products [the leadership at Apple] scrap in new areas.” However, if they pull it off right, Foxconninsider believes the AR glasses “will be like what the iPhone did 10 years ago.” One renowned Apple analyst has even gone on record claiming that Apple Glasses will be bigger than the iPhone. 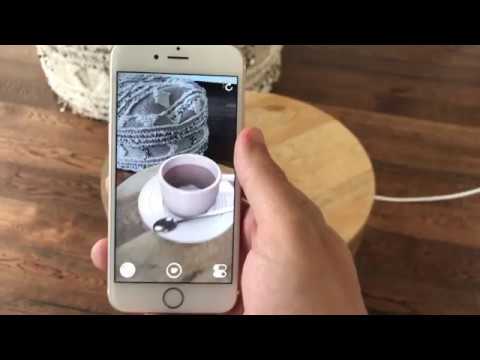 What's more, in the last few years, Apple has acquired a number of AR-centric apps and software startups, and built a team of hundreds of augmented and virtual-reality researchers, a signal that it's been prepping for something like this for some time.

Of course, the iPhone set the bar unbelievably high, and striking gold like that again would seem nearly impossible, especially with a technology that giants like Microsoft and Google have already brought to market in various forms. However, Apple may be uniquely poised to one-up the competition.

If you believe Ming-Chi Kuo, the so-called "best Apple analyst on the planet" who's accurately predicted a staggering number of Apple's past moves, the company's AR strategy may help it "leapfrog" the competition's technology by three to five years. He's predicting it will roll out an AR-specific device while simultaneously integrating AR into all of its core products, and even to other fields, including cars.

Why Apple has a distinct leg up in the AR race

Apple isn’t the only one out there working on an AR eyewear, so why should anyone expect the company to be first and/or best in the AR game? The super-secret startup Magic Leap, as well as others like Meta, Avegant, and Vuzix are all working on standalone headsets. And Facebook, Google, and Microsoft are all pouring resources into AR-based platforms and already in the thick of integrating AR into their existing products.

However, even if Apple's tech isn't years ahead of its rivals, there are other factors that still make it uniquely qualified to jumpstart the AR revolution.

For one, it has mastered -- way better than anyone -- the art of developing a fun and friendly user experience. The Jobsian mantra that Apple only makes things that are clean, simple, and intuitively easy to use is a tremendous asset when dealing with a new technology as complex and potentially confusing as AR. To bring AR mainstream, it needs to be introduced in a way that's equally accessible to early adopter gadget geeks as it is to their parents. And frankly, that's Apple's bread and butter.

It's able to create interactive worlds literally out of thin air.

Another way Apple is uniquely qualified to lead the AR revolution is in its ability to transform utilitarian gadgets into trendy accessories. The early failure of Google Glass was mostly due to aesthetics -- it was dorky, and those who wore them were "Glassholes" -- a pitfall Apple won't fall into.

Remember how, in the early days of the iPod, those now-signature white earbuds became a subtle yet distinct signifier of cool? And the iPhone, instead of being one more clunky thing to carry around, still bestows a certain elevated status a decade after its introduction -- provided, of course, you're carrying the latest version.

To make AR eyewear sell, the product not only needs groundbreaking functionality, but also the sex appeal that will make people actually want to wear it. The only other company to rival Apple's success in that combination of functionality and cool factor -- Beats by Dre -- is, not coincidentally, now owned by Apple. 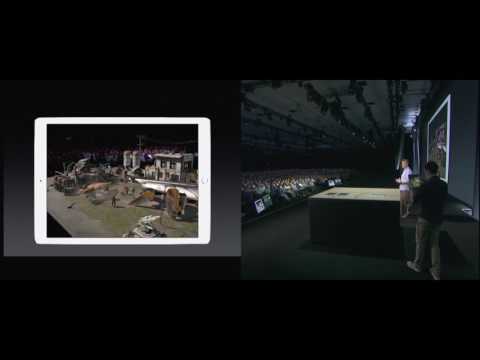 Most importantly, Apple has already created an ecosystem that people love and are willing to pay big bucks to be a part of, and has the resources to make this tech literally appear in peoples’ hands via a software update. And if Apple does unleash an AR headset, the barrier to entry for consumers is relatively low, because it will operate on software that users are already familiar with, rather than force them to learn some third-party platform that Magic Leap or others might be building.

What’s more, if you watch the ARKit demo from last month’s keynote, you’ll see just how fucking cool AR games and apps can already look using existing Apple products. The technology is able to create entire interactive worlds quite literally out of thin air. Based on what Peter Jackson’s newly created AR company Wingnut AR was able to show off, its potential looks nothing short of magical. In the hands of a director like Jackson, movies and the in-home streaming experience might be forever changed on a level of magnitude akin to how Netflix's instant streaming platform completely revolutionized the entertainment world.

In the six-plus weeks since developers have had access to the beta version of ARKit, they’ve already created some truly impressive stuff (one app in particular makes it incredibly easy to quickly measure three-dimensional spaces by just looking at them through your phone’s screen, making DIY projects and trips to IKEA easier than ever). Considering there are some 275,000 registered iOS developers in the US alone, it’s not hard to imagine the augmented-reality wonders they may be able to cook up even in ARKit’s earliest iterations.

It's only a matter of time until augmented reality becomes an integral part of our daily lives, and there is no company better positioned to deliver the must-have product that breaks through. Say what you will of the relative dud that Apple Watch has been compared to the iPod or iPhone, but it's an incredibly important stepping-stone product, in addition to being a stylish wearable that speaks to the brand's ability to make technology that people will feel comfortable prominently displaying. Stay tuned for much bigger things in store for the not-too-distant future.

Joe McGauley is a senior writer for Thrillist who longs for the heady flip phone days.