Watch: People Think The Original iPhone Is the New 6s

With the iPhone 6s release details finally released to the public, late night funnyman Jimmy Kimmel decided to see just how much the average person on the street has been paying attention.

In the latest installment of his "Lie Witness News" segment, the Kimmel team hit the streets of LA to see what possible consumers think about the new tech by giving them a hands-on demonstration -- except the "new tech" in this case was an original iPhone, which was released all the way back in 2007. Naturally, naive, awkward hilarity ensued. 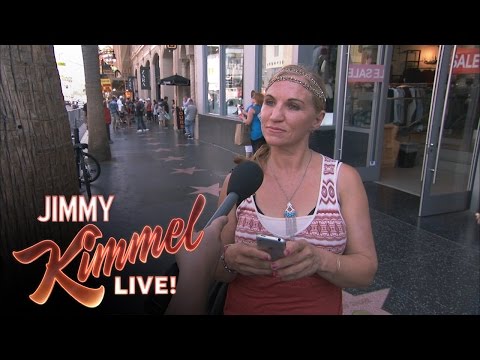 Ouch. Just remember: if you're approached by a camera crew on the street, they really don't care that much about what you think -- they're probably just hoping that you'll do something to embarrass yourself.

Brett Williams is an editorial assistant at Supercompressor. He's survived several appearances on TV without too much embarrassment.