How to Support Latino-Owned Businesses in Denver

Be a good neighbor. 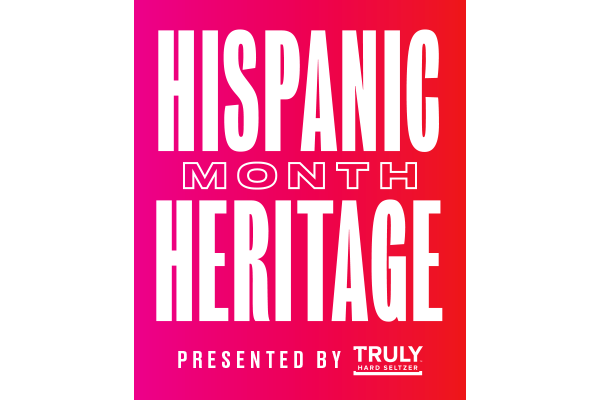 Denver's connection to Latin culture runs deep. According to the 2010 Census, about a third of Denver’s population is hispanic, so as you go forth into this new mask-wearing world, spend your time (and dollars) supporting the businesses that are at the heart of this city. This list isn’t comprehensive by any means, but here are some of the essential Latino-owned and -operated spots that you should be frequenting in Denver.

Platt Park & Aurora
Originally from Buenos Aires, Argentina, owner Lorena Cantarovici built her empanada empire in Denver from scratch. Named for her mother, this spot serves up empanadas of all varieties from generations-old recipes. Stuffed with everything from chorizo and eggs to a caprese-style with tomato, basil, and mozzarella, you’ll want to order at least a dozen at a time.
How to support: Visit in person, order online for pickup, or order delivery via DoorDash

East Colfax
This small family-owned spot is easy to miss. But if you skip it you’ll be missing out on traditional Salvadoran specialities made right,  including pupusas stuffed with queso and chicharron and yuca frita for just a few bucks.
How to support: They’re open for takeout and your can order delivery via Postmates

Montclair
This Colfax favorite for Columbian food has recently gone back to its traditional roots after being purchased by the husband and wife team of Andrés Chaparro and Martina Will. Chaparro, who is also a partner in Zeppelin Station’s La Rola, is focused on authenticity for the future of Los Parceros, so stop by for specialties like plátano maduro con queso (ripe plantain with cheese), arepas, and bandeja paisa, the national dish of Colombia.
How to support: Visit in person 11am-7pm Wednesday-Sunday or call (720) 379-3808 to order takeout
La Chiva

Overland
Owner Jorge Aguirre had Denver craving his Columbian specialties served from his original food truck for years before adding a brick and mortar location in 2017. The food truck still operates in the summer (order the lomito sandwich loaded with pork shoulder and smoked ham) but you can score empanadas, arepas, arroz con pollo, and more at the Broadway location anytime.
How to support: Open for dine-in with a new outdoor patio. You can also order for pickup or delivery online and via Postmates and Grubhub

Aurora
Craving a taste of Miami-style Cuban? You’re in luck. Orlando Colombe, the owner of this spot, used to operate three Cuba bakeries in Miami before bringing those flavors to Denver. With the recent closing of Cuban favorites Buchi Cafe Cubano and Frijoles Colorado Cuban, this is also one of the rare places to score Cuban sandwiches, pastries, and savory specialties like ropa vieja and lechon asado.
How to support: Open for dine-in and takeout
Lazo Empanadas

Ballpark, Central Business District, and Edgewater
What started as a wholesale empanada business in 2016 from co-owners Francois and Christian Saber and Luis Gomez soon expanded and now has three locations where you can get their expertly crafted savory pastries made with dough imported from Argentina. Soon, they’ll be adding a fourth location in Junction Food & Drink, a new food hall opening off South Colorado Boulevard.
How to support: Open for outdoor dining. You can also order online for pickup and delivery.

Athmar Park
Federal Boulevard is a destination for Latin cuisine but this is one of the standouts. The spot from chef/owner Noe Bermudez (who also runs Kahlo’s in Westwood) specializes in Michoacán dishes including their must-order seven chile mole along with favorites like enchiladas, burritos, and sonoran-style bacon-wrapped hot dogs.
How to support: Open for dine-in or call 303-922-2387 to order takeout.

RiNo
In partnership with the nonprofit Focus Point, this heritage food incubator is a place where immigrant women, many from Mexico and El Salvador along with several Middle Eastern countries, can come to train for careers in the culinary world. The menu changes often and features traditional foods from the women’s home countries like tamales, flautas, and gorditas.
How to support: Visit in person 11am-3pm Tuesday-Friday.
Broadway Market Denver

Capitol Hill
This food hall reopened post-COVID shutdown with some big changes thanks to their new culinary director, Jesus Silva. You may have seen the Monterrey, Mexico native at Broadway Market before, serving exquisite rolls and sashimi at his sushi bar, Misaki (which also has a local at the Stanley Marketplace. Now Silva also serves up ramen, tacos, Korean-style chicken sandwiches, and more at the various outposts inside Broadway Market.
How to support: Visit in person Tuesday-Saturday, 8am-9pm on weeknights and till 10pm on weekends, order ahead via phone at 720-370-7492 or get pickup and delivery via ChowNow.

Food Truck
In May of 2016, Denver got its first food truck specializing in Puerto Rican cuisine and it’s still rolling around town today. Though you’ll have to plan ahead since they pop up at various places around town, it’s totally worth the effort for mofongo, jibaritos (plantain sandwiches), tostones, and more.
How to support: Follow them on Facebook to see where they’ll be posting up

Five Points
This spot that specializes in making a “square meal” way more special than that sounds is co-owned by chef Dana Rodriguez who also owns nearby sister restaurant Super Mega Bien. Rodriguez grew up in Chihuahua, Mexico, eventually training under James Beard Award-winning Denver chef Jennifer Jasinski for a decade before opening this popular spot with co-owner Tony Maciag.
How to support: Open for dine-in Wednesday-Sunday 5pm-10pm or call 303-292-0700 for takeout.
Raices Brewing Co.

Lincoln Park
Raíces, which means “roots,” is a brewery rooted in community. Founded by Jose D. Beteta, Tamil Maldonado Vega, and Martín D. Varga, they regularly host community events and are always proactive in finding ways to promote and support Denver’s Latin American community. Oh, and their award-winning beers are pretty great too.
How to support: Reserve a table or order online for pickup

Platt Park
This brewery co-founded by beer industry vet Judd Belstock and fermentation expert Sam Alcaine (who is the son of El Salvadoran and Cuban immigrants) specializes in chicha and pulque, two styles of beer brewed from corn instead of barley. These unique brews are the only ones of their kind in Denver, so if you want to change up your all IPAs all day routine, this is the spot.
How to support: Visit the taproom in person or order beer to-go online

Aurora
This brewery located in the Stanley Marketplace is co-owned by the husband and wife team of Javier and Jennifer Perez and was inspired by the spirit of Oaxaca, Mexico, where Javier’s grandparents were from. Their “chelas” (slang for beer) include year round favorites like Lowrider Mexican Lager and Coco-xoco Porter along with seasonal specialties.
How to support: Visit in person or order online for pickup
Sarah O. Jewelry

This is a Mile High go-to for unique jewelry and engagement right. Owner Sarah Ortega grew up around the jewelry business. Her mother, Mary Vigil, is the owner of Ooh! Aah! In Albuquerque, New Mexico. After moving to Denver, Ortega opened her own Ooh! Ahh! which led to an expanded line of bridal and other high end jewelry and became Sarah O.
How to support: The showroom is open by appointment only. You can also shop online or book a virtual consultation.

Multiple locations
This locally owned chain for Latin cooking staples has five locations in the Denver metro area. If you’re looking for horchata by the jug, sheet cakes, overflowing bins of brightly colored produce, and cuts of meat that are hard to find at a typical grocery store, look no further.
How to support: All locations are open 7am-9pm daily
Museo De Las Americas

Lincoln Park
This Latin American art museum on Santa Fe Drive has been a pillar in the community for 28 years. Their exhibits feature everything from ancient to modern works, showcasing the creativity of artists from the diverse cultures of the Americas.
How to support: Visit in person. The museum is open Tuesday-Friday, 12pm-6pm and Saturdays, 12pm-5pm.

Baker
This cooperative art gallery in the Santa Fe Arts District has over 200 active members and works to promote Denver’s professional Hispanic artists. Typically, the exhibits change monthly with most works for sale, so once they’re back open, plan a visit and consider adding a new piece to your home collection.
How to support: The gallery is currently closed but you can head to their website to learn more about the artists and see their work.

Molly Martin is a Denver-based freelance writer. Follow her @mollydbu on Instagram and Twitter for more updates on food, fun, and life in the Mile High.
Our Newsletter