The Little-Known History of California’s Only Black-Founded Town

From annual Juneteenth celebrations to a state park with preserved remnants of the town’s past, Allensworth deserves a visit. 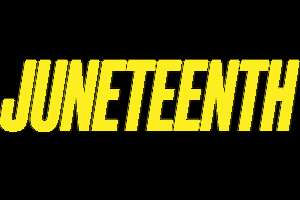 To seek out America’s Black history is to unwittingly assume the role of archeologist and detective—so many of our stories have been buried or tossed aside, waiting for a patient explorer to unearth them. Such is the case with America’s Black-founded towns, which sprang up in the Reconstruction Era following the Civil War, a product of America’s brief and since-defaulted commitment to provide security for the formerly enslaved. During those fleeting years—before Jim Crow, redlining, and similar codified measures took hold—newly freed Black citizens set off to make good on the long-promised American Dream, planting their flags in undeveloped plots and offering safehavens where race-based discrimination and violence didn’t exist.

That was the goal of Colonel Allen Allensworth. Allensworth was born enslaved in Louisville, Kentucky, taught himself to read and write, escaped enslavement during the Civil War, and rose to become the highest ranking Black officer in the US Army by the time he retired in 1906. That same year, he met Professor William Payne, who had left his position at the West Virginia Colored Institute to pursue a teaching career in Pasadena, California. When Payne found that he was not qualified to teach in Pasadena, he and Allensworth decided to spearhead a new Black-led community. Together, the two men—along with LA-based AME minister Dr. William H. Peck, Nevada miner J.W. Palmer, and LA realtor Harry Mitchell—set their sights on a patch of land in southwest Tulare County.

As Sasha Biscoe, president of nonprofit organization Friends of Allensworth, clarifies, the fact that they landed in Central California wasn’t an accident.

“It was centrally located, with three artesian underground wells that bubbled up freely so they didn't have to dig,” she explains. “Colonel Allensworth understood water, so he knew that the wells were not enough to handle the town as a whole. That’s why, when he purchased the land from the Pacific Farming Company, it stated in the contract that water would be provided as the town grew. Well, that didn’t happen.”

The Golden Age of Allensworth

Originally founded as Solito, the name of the town was changed to Allensworth in 1908 to honor its founder. In 1912, Allensworth became a voting precinct and established its own locally funded school district—the first Black-founded school district in the state—featuring a schoolhouse with an elementary, middle, and high school. Colonel Allensworth’s wife Josephine Leavall served as the first school teacher and a trustee on the school board. Branches of the Tulare County Library and Post Office were established soon after, complete with a reading room in a separate library building. In 1914, Allensworth was sanctioned as a judicial district, with Oscar Overr and William H. Dotson elected as Justice of the Peace and Constable, respectively.

“Allensworth was a paradise, a place where everyone knew each other and watched out for each other,” says Biscoe. “There was no jail by design. The Colonel did not want to lock his people up. [You] would be removed from the town if you misbehaved, but there was no jail.”

Over 300 people lived in Allensworth at its height in the early 1920s. In addition to opening a barbershop, bakery, and general stores, Allensworth was a successful agriculture town, attracting farmers thanks to its fertile soil. Eventually, however, a series of unfortunate events led to the town’s devastating decline.

In 1914, Colonel Allensworth was killed after being struck by a motorcycle during a visit to Los Angeles. The town’s co-founder and school principal, Professor William Payne, took over Allensworth’s responsiblities alongside Justice of the Peace Oscar Overr, both committed to realizing the Colonel’s vision. But as the town grew, the demand for water increased. Despite its promise, Pacific Farming Company never delivered a sufficient supply of irrigated water, choosing instead to divert it to white communities. To add insult to injury, the train that had once stopped in Allensworth was moved several miles to the town of Alpaugh, resulting in a loss of an estimated $5,000 in monthly revenue.

Biscoe notes, “Racism was the reason why Allensworth had to exist in the first place, and it was also to blame for why it did not blossom as the Colonel intended.”

Present-day Allensworth and a hopeful renaissance

Today, Allensworth has a population of less than 500 residents, made up primarily of migrant workers (the 2010 census reported a Black population of zero). The town was memorialized in 1974, and while it’s technically a ghost town, there’s reason to be optimistic.

Allensworth recently received a grant to clean up the local water supply, and Friends of Allensworth still actively organizes regular events and educational tours, working with the Colonel Allensworth State Historic Park to share the town’s unique history and protect it for future generations. They’ve been holding an annual Juneteenth celebration since the association was established in 1984, featuring music and dance performances, informational talks, vendors, and more. It all goes down the weekend before Juneteenth, so as not to interfere with other popular events. Elsewhere, an annual rededication event takes place every October, followed by a Black History Month celebration in February, and an Allensworth May Festival each spring.

But outside of these occasions, Allensworth enjoys a dry, mild climate that makes it a great day or weekend trip from LA or San Francisco—both of which are within a three-hour drive and accessible by Amtrak.

Colonel Allensworth’s home is painstakingly decorated to reflect the time period, with preserved materials from his life in the military and ministry. In use until 1972, the schoolhouse represents one of the town’s most significant buildings, furnished just as it was in 1915. You can also visit the Mary Dickinson Memorial Library and check out a small display of farm equipment that serves as a nod to the town’s former status as an agricultural center.

“The park purchased the same prefab homes from Sears & Roebuck, so when you come here, it gives you a feel of the downtown area with houses, two stores, a drugstore, and a barber shop,” adds Biscoe. “When you go inside the buildings, you can see how they lived—it’s like you’re driving back into 1918.”