Historic LGBTQIA+ Sites You Need to Visit in LA

From must-see monuments to iconic bars, celebrate Pride by exploring these 10 inspiring places. 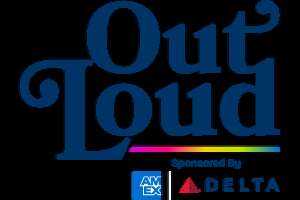 While communities in New York City and San Francisco get most of the (well-deserved) spotlight for their work in advancing LGBTQIA+ rights, the City of Angels has its own stories to tell. There’s nothing like year-round sunshine to really fill in the collective action calendar!

When you think of iconic sites, does your mind immediately jump to West Hollywood? Good instincts, but much like queer people, historic queer sites can show up in diverse and unexpected places. Even in the 1950s, long before Stonewall, the LGBTQIA+ people of this city were hard at work trying to make these palm tree-lined streets safer for the generations to come. The city is rich with locales worth remembering and even literal history in the form of unparalleled queer archives—and this list barely scratches the surface.

Silver Lake
In February 1967, more than 200 demonstrators peacefully protested police brutality at an LGBTQIA+ bar called The Black Cat Tavern. Police violence had reached a fever pitch during a raid on New Year’s Day prompting victims and PRIDE (Personal Rights in Defense and Education) to organize the protest.

In 2008, the City of Los Angeles Cultural Heritage Commission commemorated The Black Cat as the site of the first documented LGBTQIA+ civil rights demonstration in the nation. This claim has since been disproven, but it’s still one of the first demonstrations, the largest at the time, and it predates the Stonewall Riots by two years. Ownership has changed hands here and there, but it’s once again called The Black Cat. Now a gastropub, it offers up casual American fare, a well-rounded drink menu, and a side of history.

Silver Lake
In 1948, gay activist Harry Hay held meetings for a secret group called Bachelor’s Anonymous out of his Silver Lake home. Two years later, he founded the Mattachine Society, one of the first queer organizations in the nation. Some women were invited to join the meetings, but the collective mainly included gay men and trans people were excluded outright.

The organization gained popularity throughout California, but Hay’s leftist politics led to him being ousted in 1953. Under his leadership, however, some members founded ONE Magazine, the first nationally-distributed gay and lesbian magazine. The Mattachine Society became increasingly conservative under its new leadership, but successfully expanded throughout the nation.

Officially named in 2012, the Mattachine Steps are a section of the Cove Avenue stairway a block away from Hay’s home.

Downtown Los Angeles
If you haven’t heard, the City of Los Angeles resides on Tongva land. Near Union Station, El Pueblo de Los Ángeles Historical Monument marks the settlement of the city. It also includes a plaque recognizing the large village called Yangna that covered much of downtown Los Angeles.

Like many indigenous communities, the Tongva revere two-spirit people, or those who embody both masculine and feminine traits. They also conducted same-sex marriages and believed queer people were #BornThisWay. There are currently only about 2,000 Tongva people still living in Los Angeles.

ONE Archives Gallery and Museum

University Park and West Hollywood
The ONE Archives Gallery and Museum contains what is widely considered the world’s largest collection of LGBTQIA+ books, magazines, movies, photos, and prints. The collection is the marriage of activist Jim Kepner’s International Gay & Lesbian Archives and the ONE Institute. The tens of thousands of works span personal papers of influential queer leaders, books, monographs, paintings, drawings, works on paper, photographs, sculptures, film reels, videos, and audio recordings.

The collection is so vast that it’s held in two locations. Most of the queer media rests in the archives at the University of Southern California Libraries while the West Hollywood Gallery shows a rotation of exhibitions. The archives are currently closed for renovations and the gallery is closed due to COVID-19 restrictions, but most of the collection can be accessed online.

What inspires you to travel? Whether you're looking for a culinary adventure, an exploration of the most extraordinary places to stay, or connecting with communities near or far, do it all with the Delta SkyMiles® American Express Card.

West Hollywood
The history of this location covers several touchstones for the city. Originally, the Mitchell Cameras that shot classics from Casablanca to The Apartment were designed and built here. In the late ’60s, it became essentially the Soho House of its time, The Factory, funded by movie stars and musicians.

In 1974, it entered its most popular era as an infamous gay disco club. While it was a legendary place to be on a Saturday night, it was notoriously difficult for men of color or women to gain entry. Not long after disco died, the location briefly became a lesbian-owned cabaret and then a lesbian bar. Despite being added to the California Register of Historical Resources, the site was demolished in 2020 to make way for a mixed-use development.

Arlington Heights
If you couldn’t get in at Studio One, you could turn the beat around at Jewel’s Catch One. When it opened in 1973, it was one of the first Black LGBTQIA+ bars in the country. Facing outsized discrimination from both the police and white-dominated queer spaces, the city’s queer Black community found safe haven on Catch One’s dance floor.

Forty-two years of service to the Black LGBTQIA+ community later, it became the longest-running Black gay bar before shuttering in 2015. The club now standing in its place retains the name Catch One as an homage to the location’s history.

Lincoln Park
The Wall Las Memorias Project is a community health organization founded in 1993 by Richard L. Zaldivar focused on helping marginalized communities affected by AIDS. Thanks to his desire for a communal place of mourning and the work of architect David Angelo and artist Robin Brailsford, the nation’s first publicly-funded AIDS memorial stretches across eight wall panels in Lincoln Park. The roughly 9,000-square-foot memorial also includes a park with benches and an archway meant to encourage solemn meditation.

The memorial is based on the Aztec symbol for rebirth: a Quetzalcoatl serpent. Six panels feature murals showcasing AIDS in the Latinx community while the remaining two carry the names of the lives lost to AIDS complications. Anyone can submit a name to the memorial, but it’s largely focused on the Latinx and LGBTQIA+ communities. Each year, in December, the new names are revealed in a ceremony.

From the salacious world premiere of Naked Boys Singing to becoming the destination for a Los Angeles premiere for queer plays debuted in New York or London, like Hedwig and the Angry Inch, the theatre is an integral part of queer dramaturgy. It’s currently known for taking hits like The Producers and reimagining them for a smaller stage to great effect as well as highlighting rising queer playwrights. Small but mighty, the theater has received a consistent litany of awards over the years from the likes of Ovation, NAACP, GLAAD, and many more organizations.

Hollywood
Though the first Pride parade took place in New York City, the first official one filled the streets of Hollywood on June 28, 1970. The Christopher Street West Association and a cadre of founding members of queer organizations (Rev. Bob Humphries of the United States Mission, Morris Kight of the Gay Liberation Front, and Rev. Troy Perry of the Metropolitan Community Church) worked tirelessly to get the first permitted Pride parade in the nation.

The Los Angeles Police Commission imposed fines totaling $1.5 million, but the organizers and ACLU took their case all the way to the Supreme Court. The parade was allowed to proceed from Hollywood Blvd. and Highland Ave. down to Vine St. and back with more than 50,000 spectators in attendance. The parade moved to West Hollywood in 1979, but will be held on Hollywood Blvd. this year.

After the June 2020 police brutality protests in the same area, the street received a fittingly intersectional, permanent mural reading “All Black Lives Matter.”

University Park
Though the Metropolitan Community Church (MCC) began in Rev. Troy Perry’s home, it quickly needed a larger space. The church was founded on inclusivity and was the first religious organization to conduct same-gender marriages in 1969. After bouncing around flexible spaces, its first official church took root near USC in 1971.

This location also housed early meetings for Temple Beth Chayim Chadashim, which it claims is “the world’s first synagogue founded by and for lesbians and gay men.” After this location received escalating attacks culminating in arson, both congregations found new houses of worship.

The MCC currently boasts about 300 congregations and over 43,000 church followers. Rev. Perry is still an influential activist for queer and civil rights.