The 5 Most Beautiful Beaches in Puerto Rico

By Kastalia Medrano, and Norbert Figueroa 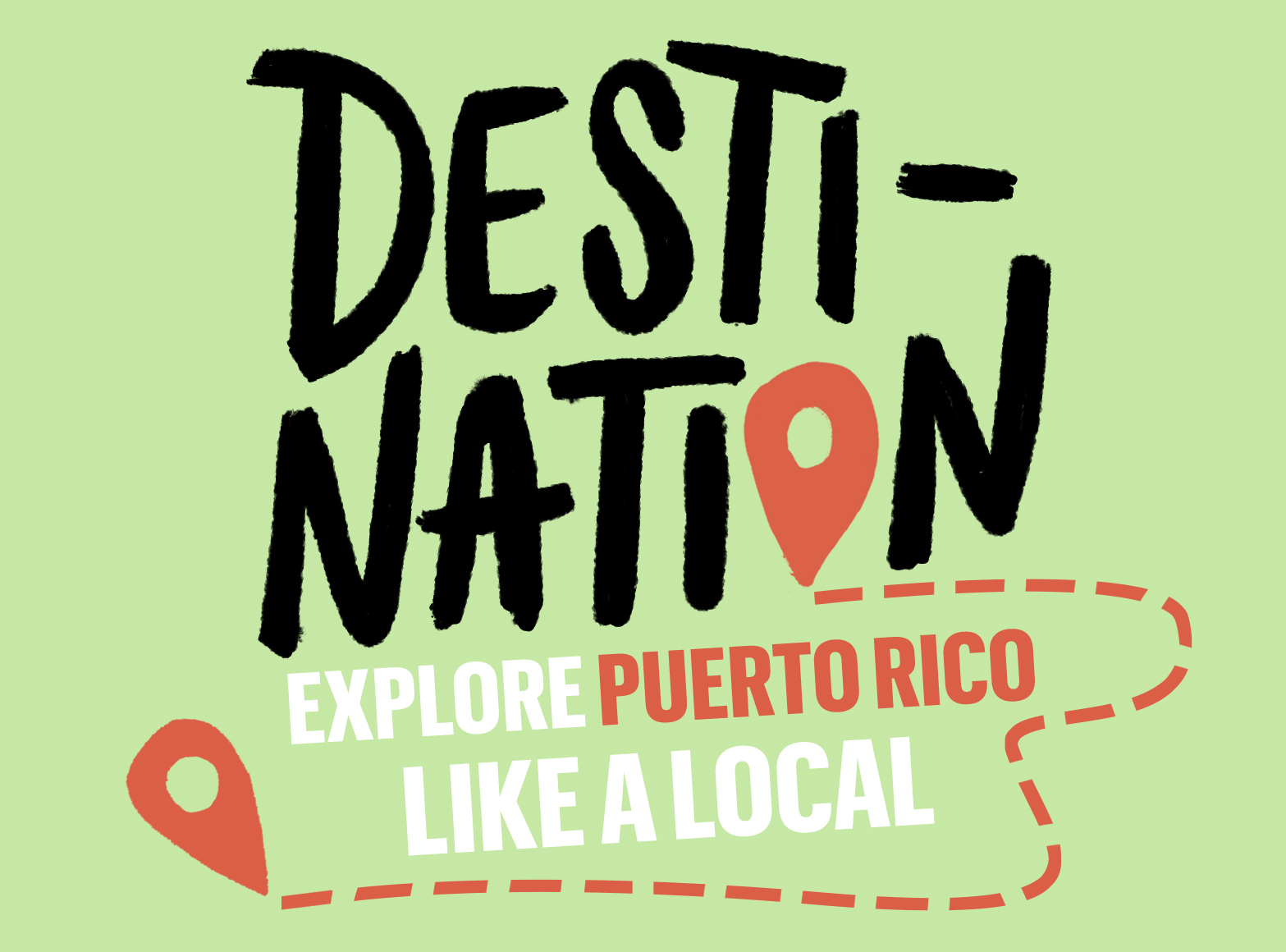 Puerto Rico is ready for you. The island has largely recovered from the damage brought by Hurricane Maria in 2017, and its beauty is back in full bloom. For such a small island Puerto Rico packs a mighty punch, nature-wise -- it has not one, but three bioluminescent bays, plus the only tropical rainforest in the United States, El Yunque.

And then there are the beaches. Puerto Rico has some of the most spectacular stretches of sand found anywhere in the world, from pristine, white sand beaches to coral-rich snorkeling havens to secluded spots where you can play Cast Away. Here are five of the best beaches you shouldn’t miss when visiting Puerto Rico.

Located in the Vieques National Wildlife Refuge, Playa Caracas (aka Red Beach) is considered one of the most beautiful beaches in Puerto Rico. The Navy occupied this area until 2003, restricting access to the beach for decades, so its white sand cove and crystal clear waters are incredibly preserved. These days, though, Playa Caracas tends to get crowded. The water is usually calm enough to snorkel, especially on the eastern side of the cove near the rock formations.

Vieques, a smaller island off Puerto Rico’s eastern coast, makes for a fantastic day trip (along with several other gorgeous sister islands around PR). Take the ferry from the mainland, which leaves from Ceiba, then grab a taxi to the beach. If you get bored, you can visit the Puerto Ferro Lighthouse, not too far from Playa Caracas. The ruined building might be fenced, but the views from its location are stunning. If you want to try a different beach, there’s also the small Black Sand Beach (Playa Negra). As the name suggests, the sand is black!

More things to do: For drinks and a good meal in Vieques, head to one of the several waterfront restaurants along the Malecon in Esperanza. This is where the night life happens! If you can, stay at least one night to go on a night kayaking trip at Mosquito Bay, the best and brightest bioluminescent bay in the world. Timing is important here -- make sure you see it under a new moon when it’s easier to see the millions of microorganisms in the water illuminate like blue fireflies.

Another great day trip by boat from the main island is Culebra, the crown jewel of which is arguably Flamenco Beach -- it’s regularly ranked one of the best beaches in the Caribbean. The water is warm, there are no rocks -- just soft sand and little fish, and one extremely large fish named Godzilla who comes to the same spot every day to hang out. You might also see sea turtles, if you’re a bit lucky.

Flamenco Beach is completely pristine with the exception of, uh -- *checks notes* -- two Sherman tanks. They’re time capsules from a weapons-testing ground the US Navy abandoned in 1975. These tanks have now become the iconic features of Flamenco Bay. Another well-recommended beach in Culebra is Zoni Beach. It has all the elements Flamenco Beach has, but without the tanks and the crowds.

More things to do: If you feel like hiking, you can drive to the dead end of the unnamed road off Resaca Road and start your downhill hike from there. It is not a long hike, only about 30 minutes each way, but it ends up at the stunning Resaca Beach. Since hiking is the only way to reach this beach, it is usually empty!

Also, head to Zaco’s Tacos in the town center for some delicious Mexican food. Sit outside to enjoy the beautiful tropical weather and don’t be surprised if a rooster walks by your table as you eat.

La Monserrate has long been beloved by both locals and tourists for its clear waters and family-friendly vibe. This is one of Puerto Rico’s handful of Blue Flag beaches, meaning it’s studiously kept up to make sure it’s clean, safe, eco-friendly, and, of course, stunning. The water is usually very calm, so it’s great for wee ones or the wave-averse. It lies in the northeastern Luquillo (and also goes by Playa Luquillo) -- the small town known as the “sun capital” of the island.

When you inevitably get hungry from all the sun and salt water, you need not look far -- food kiosks line the entrance to the beach. Lots of them. If there’s a more ideal setting in which to consume fresh seafood and a piña colada, we’ve yet to find it.

More things to do: Don’t miss visiting El Yunque National Forest -- it’s just a 15-minute drive away. Hike in the lush, dense rainforest, swim in its crystal clear river waters, marvel at its waterfalls, and even enjoy a panoramic view of Puerto Rico from the summit. The park closes at 6 pm.

Oh, were the first three on this list not adventurous enough for you? Try this one. Located in the northwest town of Aguadilla, this beach is secluded, comparatively harder to get to, and as a result, way less crowded. Search the waters for remnants of planes from the former Air Force base nearby.

At low tide, you can turn to your right and walk 10 minutes or so to Punta Borinquen, where you’ll find some cool-ass caves to explore. A bit further, though, is Survival Beach Cave, which is the coolest of them all. If you turn to your left on Playa Borinquen, you’ll reach the ruins of the old lighthouse.

More things to do: Visit the largest “macro-mural” in Puerto Rico at the Cerro Cabrera neighborhood. What is a “macro-mural,” you may ask? It is a colorful mosaic composed of 10 colors. Every house is painted as part of the installation, entwining the entire community as one piece of art. Walk up the stairs and along the streets and get ready to Instagram.

While you’re in Aguadilla, you’ll also want to see Peña Blanca. Also known as Wishing Well Beach, this site is best visited in early summer. It’s being forever reshaped by the tides, so you could visit year after year and still feel like you’re seeing it for the first time. Bring your snorkeling gear and keep an eye out for sea turtles. If you’re really craving some solitude, once you walk down the concrete steps leading to the beach, turn north and keep walking a little -- what little crowd might be there will thin out pretty quickly.

More things to do: If you’re an adrenaline junkie, head to the ruins of the Sugar Mill Pier in Aguadilla. This used to be the largest pier in Puerto Rico for sugar imports and exports between the US and Puerto Rico back in the early 20th century. The long pier extends deep out into the sea -- you can climb it all the way to the end, and jump into the ocean from one of its platforms. If you’re not a fan of heights and/or risk, you can just hike down the hill and enjoy an almost-private beach below the massive structure.

Lastly, head to Zazones to taste one of the best creole restaurants in the northwestern region of Puerto Rico. It may feel like fine dining, but its prices are moderate. Try their house sangria; it is deeeelicious.

Kastalia Medrano is Thrillist's Travel Writer. You can send her travel tips at kmedrano@thrillist.com, and Venmo tips at @kastaliamedrano.
Norbert Figueroa is an architect from Puerto Rico who hit pause on his career in 2011 to travel to all 195 U.N. recognized countries. He shares his adventures and other travel tips at GloboTreks.com.