You Don't Need a Car to Explore These Beautiful Cities

These streets are for a different kind of wheels.

By Naomi Tomky, and Danielle Hallock 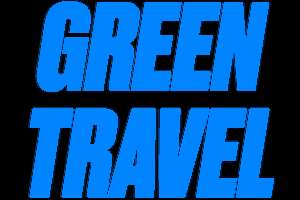 As cars honk and taxis navigate the traffic-filled streets of Mexico City, a different kind of exploratory bliss exists on quieter, greener paths. With a few pushes of my bike pedals, I sail along the wide, empty pavement of the Reforma, the city’s biggest boulevard, from the flea market of La Lagunilla to the sprawling green of Chapultepec Park. Along the way, I pass families out for Sunday strolls and hit the brakes when the scent of pit-cooked lamb tempts me to stop for flavorful tacos and hangover-curing consome.

On Sundays in Mexico City—as in Bogotá, Santiago, and cities all over Latin America and the world—the major street closes to motorized vehicles. These ciclovías provide a stress-free (and often cost-free, as some cities offer free bike rentals) entryway into the best way to see a new city: on two wheels.

Biking puts you right on the ground level—interacting with other cyclists, getting around quickly but slow enough to take in sights, and seeing the most of a new city as you cruise by buildings and pause to look around at intersections. Unlike traveling by car, biking around a destination like Mexico City lets you smell the carnitas sizzling, hear the sing-song chatter of the city, “Se compran colchones, tambores, refrigeradores,” and pull over to stare at the giant painted mural instructing you to “Unlock your bitterness.”

Sure, you can do that while walking, too. But biking covers far more distance in less time—a precious commodity when exploring a new place. And though I’m a big proponent of using public transportation while traveling (for many of the same reasons listed above), biking lets you be part of the city, gets your heart rate going, and works up an appetite that riding public transportation or taking taxis does not, giving me more opportunities to taste new tamales, tlacoyos, and tostadas. And it’s just fun.

In the last few years, especially during the pandemic, cities have seen the value of car-free streets. Some places have added miles or specific days of roads closed to cars, built separated bike lanes, or even opened dedicated bike paths, which, as an added bonus, tend to naturally take the scenic route through parks or greenbelts. The number of bike share systems operating around the world doubled between 2011 and 2015, and again by 2019, making it even quicker and easier to get out on two wheels and explore a destination by bike. The growth of e-bikes, as part of rental and share fleets, makes biking more accessible—especially in hillier cities—and means not arriving to places quite so sweaty.

In Mexico City, as in many places I roam as a travel writer, I often get my bike from the local bike share. A one-day pass for the Ecobici system, which can be purchased ahead of time online, costs $5, and a week is about $20. Other options exist, including a free system, as well as full rentals, which helps if you want a helmet.

Sometimes biking is the only way to see or do things off the tourist path. Even on a cold December day in Toronto, I pedaled my way to a package of Syrian food made by refugees. The only other way to get there involved more than an hour by bus and train in rush hour. By bike, I arrived swiftly and appreciated the still-warm mujaddara by the time I got it back to my hotel room.

Though many places have excellent, protected bike lanes, not everyone is comfortable riding a bike in a city, let alone in a new one. Novice riders or nervous bikers have a perfect in-between option: start with a bike tour, which gives a guided (and helmeted) preview of the biking climate in a city. A street art and market tour of Bogotá quickly taught me the best parts of the city, while also introducing me to fruits like feijoa, noni, and curuba. Many bike tour companies also offer rentals, which helps with logistics for exploring on your own. In cities where Google Maps works well, directions often map out bike routes, and some bike share apps also have bike-path maps. But of course technology isn’t a good substitute for using your eyes, ears, and brain: you’ll know when a street feels comfortable and safe.

Toronto, Bogota, and Mexico City are all wonderful places to explore via bike, but other cities have been joining the fleets for years. To make it easier for those cycling for the first time and really anyone who wants an easy ride, here are the cities around the world with the best biking infrastructure, the safest paths, and the easiest ways to get around, so you can enjoy your sightseeing with a breeze in your hair.

Take in the entire length of the art-splattered Berlin wall—stretching through the city—in half the time and with half the sweat. On a bike, you can breeze past the crowds on the sidewalks along the wall, and easily pause at whichever mural captures your attention by simply placing your feet down when it strikes your fancy. You can zip through parks, to museum island, and onward to outdoor flea markets, all much more quickly while still seeing most of the city, more so than any other transportation. The wide lanes and lack of helmets (which aren’t required here) feels comforting and safe. You could book a tour, scoop a bike from hostels and hotels, or pop into one of many, many bike shops found on Google for a cheap rental. And don’t forget to pause your pedals for a bratwurst along the way.

Buenos Aires has over 80 miles of bike lanes in the mostly-flat city. Free Ecobici bikes are offered here, which means you can cruise on a budget from Plaza del Mayo to Recoleta Cemetery (with its hundreds of stray cats), and eat bites of the country’s famously extra-stringy cheese pizza in between. If you’re not quite sure where you want to explore, guided bike tours take you through Palermo, Recoleta, and all the cool-kid neighborhoods with hidden venues tucked down beautiful cobblestone alleyways.

Seville’s bike lanes were so successful that locals started hopping the fences and using the paths before they even officially opened. It seems people in the heart of Flamenco country love a strong heartbeat. While it’s true that biking up north in Barcelona is also fantastic for two-wheeled urban exploration, Spain’s southern city is ahead of the game when it comes to lanes that are connected throughout the city and protected by raised curbs or fences. To those who are more new to cycling, that translates to a lot more safety and comfort, so you can go from old town to the surrounding countryside in minutes and take in the views of rolling hills and the lovely climate without a care. Visitors can use the Sevici bike share program with docks all around the city, book a guided bike tour, or rent from a local bike shop.

Taipei recently ramped up its bike share program, offering so many bikes that so many people actually use, with fleets that rival those of New York and London. The city has even integrated the YouBike system with the metro, meaning you can use the same card to unlock a bright orange bike on the street as for the subway below—though a credit card works just fine, too. The first 30 minutes are free, and you can find stations to dock in and out via Google, which are often near metro stops, if you want to combine the two means of transport.

You can’t talk about biking without bringing Copenhagen into the conversation. Over 60% of the population in Denmark’s capital use bikes for transportation. It’s easy to see why with so many bike-only highways and bridges connecting the entire city. Though you might want to avoid rush hour traffic so you’re not swallowed in a swarm of suits (or get into it if you wanna see what local life is all about!), you absolutely should bike along the Cykelslangen, or Bicycle Snake, an elevated bike bridge swerving above the harbor. You can then follow the sides of the canal north till you get to the colorful row houses of Nyhavn Harbor, and then onward to Tivoli Gardens and fairytale-like palaces.

France is another one where you could also argue for the country’s other major city–in this case, Paris—as a great biking destination (really, Paris has fantastic bike lanes, even along Champ Elysees). But Bordeaux has even better infrastructure—including removing cars from many roads, like the Pont de Pierre bridge—and better wine. In fact, it’s very common to bike the vineyards in this wine producing area of France. Just keep in mind you can get tipsy on two wheels as much as on four.

Tokyo makes the list for sheer number of cyclists out on the streets; just join one of the packs and you’ll feel like a cozy part of the group. You’ll see groceries and even kids perched on frames, which means tons of bike lanes and parking. With so much action going on in Tokyo, you’ll really feel like part of the city while taking in the ramen smells and sounds of pinging robot machines in fresh air. Tons of bike tour companies will guide you around, including on e-bikes, to the Imperial Palace or on food tours, often starting from metro stops.

When we talk about Amsterdam, we’re not talking about bike lanes, we’re listing pretty much any and every street; instead of bike infrastructure, we’re talking about a cycling way of life; and instead of cyclists, we’re just talking about Dutch people. You’ll see people from ages four to 94 on bikes. It’s not just convenient for tourists to join in, it’s almost compulsory. Pop into any bike shop or start off with a tour to learn the layout of the city. Once you have your bike, ping pong to museum after museum and all around the canals, or keep going outside the city for windmills and tulips to put in your front basket.

Naomi Tomky is a food and travel writer and the author of The Pacific Northwest Seafood Cookbook. Follow her on Twitter @Gastrognome and on Instagram @the_gastrognome.

Danielle Hallock is the Travel Editor at Thrillist and always wishes her bike bell were more stern sounding.