This Unexpected Country Has Europe’s Most Flat-Out Stunning Coasts 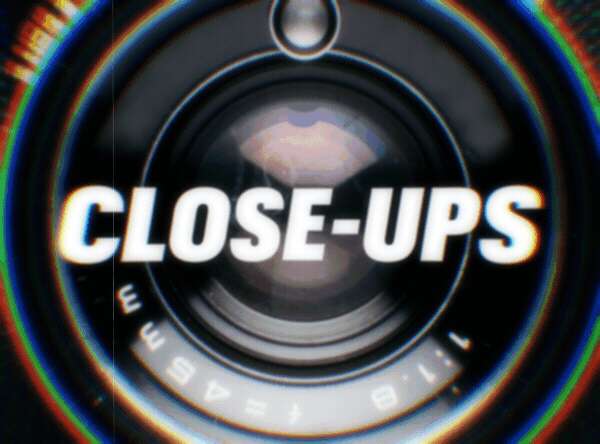 If you feel like people are all of a sudden hyped about Croatia -- a gorgeous country in southern Europe you hadn’t heard much about until the past couple of years -- there’s a reason it’s only popping lately. For most of the early ‘90s Croatia was embroiled in the horrific Homeland War -- also called the Croatian War of Independence, when the country declared freedom from Yugoslavia. Now, barely a generation later, this West Virginia-sized country on the Adriatic Sea boasts one of the fastest-growing tourism industries in Europe.

The main reasons? Cheap prices help. They’ve gotten a bump from Game of Thrones filming several iconic settings there. And the country rocks some flat-out beautiful beaches -- with more than 3,000 miles of coastline, if you include the many islands. Adjectives are cheap, so I hope it does something to quantify the wonder of Croatia’s coastline when I say that I’ve been to around 20 countries in Europe and (with the exception of my beloved Greece, but that’s a childhood nostalgia thing, can’t be helped) and this is the region that was the most beautiful, the most jaw-dropping, and the one to which I most want to return. Here are some of the most show-stopping features of this no-longer-secret European playground.

We’re hitting Dubrovnik first because you already know it’s going to be on this list, and while it very much deserves to be on this list it is not the best thing on this list. Dubrovnik’s Old Town fortress is of Game of Thrones fame -- you’ll recognize it as the fortress of Westeros capital city King’s Landing -- and you’ve surely seen its medieval facade plastered up and down the internet. What you might not have seen is that if you walk deep enough into the stone ramparts you’ll eventually come to a literal hole in the wall -- duck through it, for on the far side awaits the other kind of hole in the wall. This is Buza, a bar built into the outside of the fortress walls, and from which, should you get hot, you can simply jump off of into the sea.

Known also as Golden Horn or sometimes Golden Cape, this beach on the island of Brac is one of the most distinctive anywhere in Europe. The two sides of the spit reach more than 2,000 combined feet into the sea, but the lines of the beach are being constantly redrawn by the tides; Zlatni Rat is known to change shape every few years.

You guys, I was so geeked by this one. Zadar is known for a pair of art installations on its waterfront: Monument to the Sun (or Greeting to the Sun), and the Sea Organ. The former is a disc of hundreds of intricately layered glass plates -- you can walk on them -- that collect solar energy by day and turn it into a light show at night. The latter, which is among my fondest memories of Croatia, is a set of marble steps descending straight into the sea -- you can jump off them; I did -- underneath which are a network of pipes that the water “plays” when the tide comes in. The bigger the wave, the more intense the sound. I’ve generally found that it doesn’t do to travel somewhere based on the One Specific Touristy Thing It’s Known For, but Zadar was an exception. Watch. Listen.

Ston is the site of the oldest salt pans anywhere in Europe, and the natural beauty of this less-trafficked bit of coastline coupled with the reflective salt pans is stunning. Mali Ston, a few minutes away, is famous for its oysters, which were bar none the best I’ve had in my life. They’ll give you a bag of salt for the road, too, and I still have some in jars I’m trying to use as slowly as possible.

Pag is a party island, but I don’t give a fuck about that and it’s not what I’m here to tell you about. You go to Pag for the cheese. The vegetation on this island is uniquely flavorful, and the sheep that graze upon it go on to produce flavor-infused milk, and thusly we arrive at Pag’s salty, herby, extraordinarily luxurious cheese. It’s widely considered the best sheep cheese in the world. I will now stop talking about cheese and let you look at Pag’s beauty undistracted, but just, y’know, if you’re ever in the area make sure you get some cheese.

The whole Dalmatia region of the country is just bonkers-beautiful, but Split is really the only place you can get the breathtaking aesthetic of Dubrovnik without actually going to Dubrovnik, which while lovely can be crowded and expensive relative to others on this list. Diocletian’s Palace, which dates back to 4th century Romans, is incomparable. This is another Game of Thrones-y site; Diocletian’s Palace and Klis fortress double as the slave city of Meereen, including Daenerys’ throne room.

This port town is known for its riviera, which will make you forget all about the one you’ve heard of in France. It stretches for more than 30 miles, opening up into a succession of beaches sprinkled with sunbathers and little boats bobbing in the sea, which is known for being extraordinarily clear. The sea here achieves a shade of green I thought existed only in the Seychelles, but it’s of a unique texture -- more sparkly -- because the water is shallow and the light is so often bouncing up off smooth stones, not sand. This is where you go for vacation vacation.

Trsteno is in Dubrovnik, and known for its arboretum, which you’ve probably seen on Game of Thrones, too. It’s also known for being an absurdly idyllic stretch of coast. Look at that shit. You want to swim there, you already know you do. You want to just float on your back in the sea and feel the sunlight through your closed eyelids and probably make it to the arboretum eventually, if there’s time, but if not that seems fine, doesn’t it?

Alright, eagle-eyed readers may have noticed that this one is not on the coast, but before you all go off on me in the comments let me explain that I am putting this one here for context, and if you’ll hang on a sec you’ll see why. Also, it’s just bananas to look at, and you came to this article for pretty pictures so hush.

Thank you. Now, this is technically a few minutes in from the coast, but it counts. Plitviče gets all the attention, but the breathless posts about it you’ll see all up and down Pinterest and whatnot overlook a critical fact: You cannot swim in the Plitviče waterfalls. You can, however, swim in the Krka waterfalls, and having been to both I can say that the comparatively overlooked Krka is about 85% as beautiful as Plitviče, and when adjusted for the swimming handicap comes out to 200% as beautiful (these were the GoT Westeros Riverlands.) If you are not afeared, you can sneak around the teenage lifeguards and climb the waterfalls and jump. The climb up is sliiiightly dangerous if, as I was, you were drinking Croatia’s exemplary red wine from a Nalgene bottle all day, but standing atop these waterfalls is magical. It’s like FernGully. It’s wondrous.