Part of being an experienced traveler is having at least one good story about experiencing bioluminescence (and knowing what the word means). For the uninitiated, it is what it sounds like: creatures that make light. Both land and sea organisms have this ability, including bacteria, plankton, fireflies, worms, snails, fish, jellyfish, and even sharks.

Certain places across the world attract people who go simply to be awed by the magical, glow-y spectacles that bioluminescent critters create: forests full of fireflies, caves populated by glowworms, far-flung island shores. Some travelers even plan seasonal vacations around the mating, glittering fireworms in the Maldives or the bright-blue firefly squid that surface by the thousands in Japan.

Across the world, these creatures produce a light-emitting compound called luciferin, or they eat or live with something else that makes luciferin. The chemical is helpful for a few different reasons, none of which involves entertaining humans. Some animals get sparkly because they are stressed out about being hunted: making light forces predators to worry that something even higher up the food chain will move in. Others use their light to attract mates, camouflage themselves, lure prey, communicate with friends, or confuse enemies.

Here are the world's best places to watch these twinkling creatures in action.

Known as Bioluminescent Bay, the tranquil, warm, and shallow waters south of Puerto Mosquito offer the ideal environment for tiny glow-in-the-dark organisms called dinoflagellates. On a nightly basis (and especially when the moon is new), kayakers glide over the bay and among the creatures, which emit a burst of blue light when disturbed. In 2008, the Guinness Book of World Records actually named this bay the world's brightest. 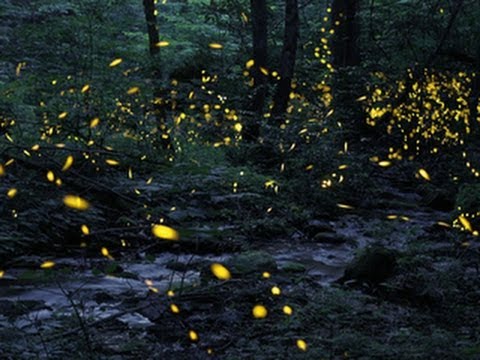 Pack your mask and fins for Hawaii, where tiny glowing bobtail squid can be spotted in shallow coastal waters. The squid doesn't create any light on its own, but a bioluminescent bacteria that lives on the squid helps camouflage it from predators while it hunts at night. Near the surface, the shimmering bacterial cloak blends with the moonlight, making the squid invisible to predators below.

People used to think plankton were responsible for the glowing beaches in the Maldives -- but in fact, little shrimp called "ostracod crustaceans" deserve the credit. The shrimp can shine much longer than plankton, which can only glimmer for about a second. This means the waters of the Maldives glow for longer than other places in the world. Some lucky visitors may encounter thousands of sparkling specks in the sand. Scientists believe this happens when a multitude of ostracod crustaceans die off.

Nightly boat tours around Koh Rong, the second-biggest island in Cambodia, bring guests to dark waters inhabited by bioluminescent plankton. Upon jumping in, visitors discover their motion sets off trippy trails of twinkling blue lights. The longer people stay in the water, the brighter the plankton seem to glisten. The surreal beauty lasts until the tiny creatures become so agitated they begin to attack. Their bites are not particularly painful, but they do send everyone swimming for the boat. 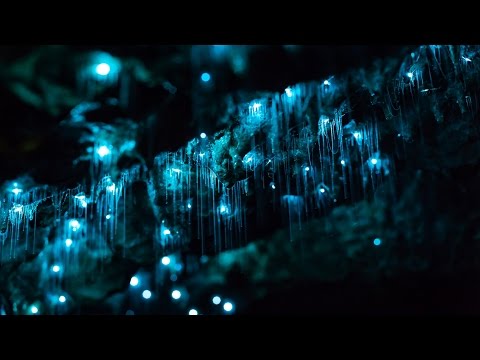 On New Zealand's north island, visitors can combine adventure with bioluminescence by booking a black-water rafting trip. This involves floating through dark caves in inner tubes, lying back, and admiring the starry walls of the cave, where thousands of matchstick-sized glowworms dangle and glow blue-green. These worms are the larvae of fungus gnats, and to ensnare their prey they hang silky "fishing lines" made of mucous from the ceiling. Then the worms turn on their lights to attract prey, which get caught on the lines. When the worms are hungry, they glow ever brighter. 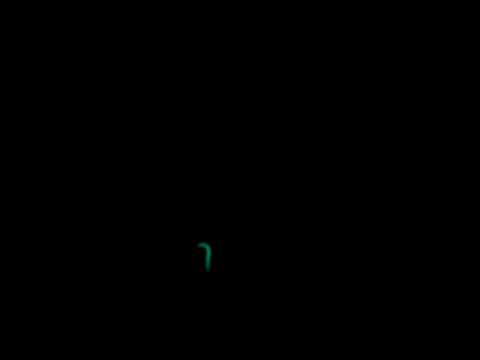 In Bermuda, for a few nights after the full moon between May and November, fireworms open up a natural nightclub on the surface of the ocean. First, female fireworms leave the seafloor to swim in illuminated blue-green circles at the surface. When the males see this, they get their glow on and head up, too. All at once, the males and females release their sperm and eggs in flashes of color beneath the waning moon, and then call it a night. Tourists regularly behold this flashy mating spectacle from the bridge at Ferry Reach Park, Flatts Inlet, or Hamilton Harbor.

Off the coast of Japan, currents bring thousands of firefly squid to the surface of the ocean during their spawning season, from March to May, each year. Fishing boats gather to take advantage and ensnare the creatures, whose photophores allow them to glow bright blue. Sightseeing boats filled with travelers show up just to observe as the glowing blue squid are brought in. Scientists believe they use their light for communication, attracting mates, and scaring predators. You can learn more about them at the area's Firefly Squid Museum, which claims, quite plausibly, to be the only such museum in the world.

Private evening tours through Brazil's Emas National Park can be arranged to view its famous termite mounds, which glitter brightly in the night as part of a feeding strategy carried out by the headlight beetle. Beetle larvae that hatch in the mound twinkle to attract termites, which they promptly consume. The lit-up mounds are best viewed in the summertime on the savannah and in the jungle.

Although a devastating algae bloom fed by agricultural runoff has wiped out much of the wildlife in Florida's Indian River Lagoon, bioluminescent kayaking tours out on the nearby Merritt Island remain strong. In the summer, dinoflagellate fireworks shows are the main draw, and from October through May, glowing comb jellyfish -- oval-shaped gelatinous drifters -- are brought in with the colder waters. They emit two kinds of colored light: the usual blue-green bioluminescence and a breathtaking rainbow aura created when they scatter light through their cilia.

Ashley Harrell is a freelance journalist, Lonely Planet author, and ping-pong hustler based in South Florida.