The Very Best Places to Escape to This February 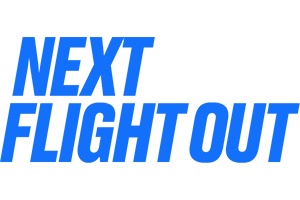 As loyal readers, you know that January is consistently the best month for scoring cheap flights, whether you’re trying to escape winter or lean fully into it. But figuring out the best places to travel in February is a different game. Mardi Gras is the classic bucket-list destination this time of year, but hotels in New Orleans can get pricey, and there are a ton of other cities that do Mardi Gras real nice, too, to say nothing of Carnival. February’s not just about beads and hangovers. There’s perfect weather in the tropics, great skiing in the mountains, and Valentine’s Day, if you’re into that sort of thing. So if you’re planning your late-winter escape now, here are 11 of the best places around the world to visit in February.

If you’ve never been, know that Kennebunkport is almost alarmingly picturesque. It looks like the set of Gilmore Girls but with greater production value. Every year around Valentine’s Day, Kennebunkport goes absolutely all-out with Paint The Town Red, decorating with red twinkly lights and branding itself “New England’s Most Romantic Town.” Festivities begin February 1, when you can hit up the ice bar at The Boathouse Waterfront Hotel. The rest of the month is a parade of wine tastings, mixology classes, sushi-making classes, and oyster-shucking classes.

The massive fires enveloping much of Australia are rightfully grabbing the headlines, but the continent is still very much open to visitors, whose tourism dollars can only help in the fight against the disaster. And the beaches along the Coral Sea in Queensland seem especially inviting when it’s winter here. Much like in America’s tropical climes, though, the summer months can mean the occasional thunderstorm and slight humidity. The good news is they keep local tourists away, leaving hotel rooms, tours, and other attractions far less crowded, and usually much cheaper. If you’re into endurance sports, February also hosts two world-class events: the Noosa Summer Swim Festival on February 1-2, with ocean races from 300 meters to a 5K; and on February 9, in Goondiwindi, the Hell of the West Triathlon -- a brutally tough course where temperatures can top 100 degrees.

We’ll concede that February in Missouri isn’t exactly the sort of thing you’d win on a game show, but if you’re looking for the best Mardi Gras party outside the Gulf Coast, it’s in St. Louis. You may recall St. Louis was also settled by the French (hence the “Louis”), a fact the city loudly remembers in February with the second-largest parade in the country. Beyond the parade, the city is full of all kinds of fun, free things to do like the St. Louis Art Museum, Science Center, and zoo. And even on a sluggish weekend, the Soulard neighborhood is one of the liveliest places in the Midwest for brews, cheap good eats, and laughs.
MORE:The best US cities for a totally free, kick-ass weekend

February marks the beginning of the dry season in what many say is the best diving region in the Caribbean. Fewer storms mean better visibility along the Belize Barrier Reef -- the world’s second-largest -- making February prime time to visit your underwater friends. On the picturesque island of Ambergris Caye, Hilton’s 60-acre Mahogany Bay Village even has its own scuba school if you show up in divers’ paradise without a certification (but also, let us help you get certified). If that’s out of your price range, the rest of the country is blissfully affordable, leaving you more money to spend on adventures under the sea.

If you live on the East Coast, finding a first-rate ski destination is tough without crossing over a couple of time zones. The best skiing and snowboarding can be found in Vermont, where visiting resorts like Mount Snow ensures your stay is as much about the party as the powder with a million events like concerts, parades and fireworks. (Don’t miss the weeklong winterfest, February 15-22.) At the stately Stowe Mountain Lodge, you can do other cool stuff like learn to ice climb, or take daylong sled dog rides through the Vermont wilderness. Or if you just wanna cuddle up and eat, the state has no shortage of B&B’s, or Ben & Jerry’s.

The world’s finest water-bound city is the stuff of romantic legend -- and yet many a first-time tourist comes back whining about the fragrant canals and claustrophobia-inciting crowds. You know when none of that is a problem? February. Those Instagrammable alleys are way less packed in the earlier months of the year, and cooler temperatures mean the water is easier on the nostrils. It’s the best time to really take a breath and bask in this city’s incomparable beauty. February 8 also kicks off the Venice Carnival, where the city takes Carnival traditions and makes them uniquely Venetian with boat parades, floating stage-shows, and street food. Speaking of which, take yourself on a tour of all the very best food in northern Italy’s very best mountain towns.

It’s not exactly a tropical beach locale, but the majestic cliffs, deep blue Pacific waters, and sunny springtime days are still a welcome respite from winter. Along California’s central coast, February might be the biggest month of the year when the Pebble Beach Pro-Am comes to town from the 3rd through the 9th. Almost 20,000 people descend on some of the most scenic courses in America to see celebs and top golfers go at it.

If you’re looking for a European beach getaway in the dead of winter, the Canary Islands are pretty much your best bet (though, technically, they’re flirting with the coast of West Africa). While the southernmost islands are warm year-round, February is the best time to visit Tenerife, when temperatures hit the low 70s and chances of rain are almost nonexistent. Beaches here range from laid-back to adventurous; black sand to golden; nude to clothed. But the best part is, you’ll avoid the crowds that usually appear during the summer months or over Christmas break, and you’ll bear witness to the blossoming of the almond trees. This stunning natural spectacle is celebrated with festivals in Santiago del Teide and neighboring islands. Still not sold? Come February 19-March 1 and you'll experience the second biggest carnival in the world, Santa Cruz de Tenerife Carnival.

Napier has a fascinating architectural history, defined by an earthquake that hit the city in 1931. When it was time for reconstruction, the Art Deco style -- that sleek, Gatsby-esque, zig-zag look -- turned out to be the most economic, earthquake-resistant option. The result is a town centre that boasts one of the largest collections of Art Deco buildings in the world. And you can experience that glory during Napier’s Art Deco Festival, held February 19-23. Art history nerds young and old travel from all over the globe to watch the city go back in time with retro fashions, vintage car shows, jazz concerts, and Charleston dance parties. And even if the only Art Deco you’re familiar with is the Chrysler Building, who wouldn’t want to channel the hope and optimism of the Roaring Twenties as we settle in to the 2020s?
MORE: Since you're in New Zealand, go explore these lesser-known islands

Remember state fair season? Late summer, early fall? That’s when the amateur states do them. Florida, however, makes the rather genius play of holding its state fair in February, apart from the pack and also just when the concept of a Sunshine State has never sounded more appealing. February 6-17, the Florida State Fair returns to the fairgrounds in Tampa. Break up your ~winter blues~ with a heady mix of more than 100 rides, 5,000 farm animals, the largest traveling Ferris Wheel in North America, a demolition derby, and of course many things deep-fried. Need more events to entice you? Weird, but nonetheless there’s also the Tampa Bay Chocolate Festivaland the Beer, Bourbon, & Barbeque Festival on February 15 and, just a few minutes away in Plant City, the Florida Strawberry Festival starting February 27.
MORE: Actually cool things to do in Tampa

Why Montreal? Because on February 1, 2, 8, and 9, you can catch the second half of the much-beloved annual Montreal Snow Festival (or Fȇte des Neiges, if you prefer). Sixteen lanes of tube sliding! Ice skating on the banks of the St. Lawrence River! An ice boat, from which you can disembark via an ice slide! You should also visit Montreal because from February 20th through the end of the month, the city puts on its annual Festival of Lights (Montreal en Lumière) -- an outdoors culinary/art festival that draws visitors from all over the world. The coup de grace comes on February 29 with Sleepless Night (Nuit Blanche), when hundreds of (mostly free!) entertainment events spread through the city.
MORE:How to move to Canada

Planning a trip for a different time of year? Check out our monthly travel recommendations for the best places to travel in January, March, April, May, June, July, August, September, October, November, and December.

Matt Meltzer is a contributing writer to Thrillist who looks for any excuse to go to Elko. Follow him on Instagram @meltrez1
Kastalia Medrano is Thrillist's Travel Writer. You can send her travel tips at kmedrano@thrillist.com, and Venmo tips at @kastaliamedrano.
Jessica Sulima is an editorial assistant at Thrillist. She is jealous of the people escaping to the Canary Islands after reading this article. Follow her on Twitter.