Kick Off Your Summer With These 10 Travel Ideas

Make the most out of all those extra hours of sunshine.

NOTE: We know COVID-19 is continuing to impact your travel plans. As of April 2021, official guidance from the Centers for Disease Control & Prevention states that fully vaccinated people can travel at low risk. Should you need to travel, be sure to familiarize yourself with the CDC's latest guidance as well as local requirements/protocols/restrictions for both your destination and home city upon your return. Be safe out there. 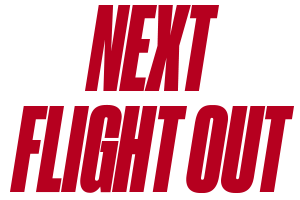 We’ve rounded the corner of Memorial Day; now it’s full speed ahead to warm weather, blue skies, barbecues and coolers full of icy beers. There are rivers that need floating, tents that need pitching, and beach boardwalks that need patrolling. Early summer is always tingly-exciting, but this year even more so as Covid-19 restrictions across the country continue to slacken. Heck, you might even get to take a proper summer vacation this year.

With plenty of Pride, Juneteenth, and even Father’s day events happening this month, there’s a lot to get out there and celebrate. Here’s how to make the most out of  all those extra hours of sunshine.

Related
15 Ideas For Your Big Summer Vacation This Year

Hit the road for a classic West Coast road trip

Buckle up for road trip season, and allow us to offer a suggestion: If you’ve never driven down the PCH, aka California 1, aka one of the most gorgeous drives in America, start there. It’s a great time to do it: After a series of winter road closures, the PCH finally reopened in April. Start at the southernmost Dana Point, with prime dolphin and whale watching. Then motor your way up and hit the big guys like Long Beach, Malibu, Santa Barbara, and Big Sur. But don’t sleep on the opulence of Hearst Castle, the sweeping vistas of Point Reyes, and the sea caves of Avila Beach in San Luis Obispo, where you’ll also find the oh so glamorous and kitschy Madonna Inn. Be sure to pull out your camera for the scenic Pebble Beach 17-mile Drive. It’s $10.75 per vehicle, but it’s worth it for your Instagram money-shot.

Maybe you like to camp out on your road trips. Maybe you like to plan pit stops to sample local brews. Here’s a bright idea: combine the two! Breweries and wineries all over the country will not only let camp out on their property, but let you partake in their boozy product as well. We found a winery in Florida that also has car shows, the perfect glamping set-up on Seneca Lake, a Texas two-fer with wine and incredible views, and more.

Related
Camp Out This Summer at One of These Breweries & Wineries

Treat dad to some BBQ

For those who celebrate, June 20th is Father’s Day. Why not treat him to the greatest summertime pairing: meat and a grill. Hit up one of the best BBQ spots in America, from Decatur Alabama’s Big Bob Gibson Bar-B-Que (originator of the now-ubiquitous vinegary mayo sauce), to the smoked brisket tamales at Blu’s in Dallas, to the fancy Wagyu brisket at Illinois’s Beast Craft Barbecue.

You can even send him to Barbecue University, a three day course over Father’s Day weekend at the Montage Palmetto Bluff in Bluffton, South Carolina. Hosted by grilling expert Steve Raichlen of PBS’s Project Fire, attendees will learn everything from the basics like, say, how to light and control a fire, to the five methods of live-fire cooking, to smoking all aspects of the meal from appetizers to desserts. We’re intrigued… somebody get us some smoked dessert!

Hang out in South Carolina

When you’re all full up on BBQ in Bluffton, why not stick around the Carolina coast for a few lazy Lowcountry beach days of golfing at Hilton Head, surfing at Folly Beach, or just doing straight up nothing at Pawleys Island (one of our favorites)? Or head up to Myrtle Beach, where from June 10th to 13th, you can catch acts like Luke Combs and Darius Rucker at the seaside Carolina Country Music Fest.

Alternatively, clear across the state, go see for yourself whether the booming beer and food scene in Greenville lives up to the hype. Bike the 22-mile Swamp Rabbit Trail, stopping off at top notch bars, cafes, and breweries along the way, or just stick to the city’s ridiculous scenic downtown.

Show the oceans some love for World Ocean Day

If you love the ocean as much as we do, join a beach cleanup effort in honor of World Ocean Day on June 8th. If there’s none to be found, simply find a beach you love, grab some friends and organize your own. Then spread your towel, slather on the sunscreen, and thank Mother Nature for her bounty.

No beaches nearby? Vaccinated travelers can take advantage of relaxed Covid requirements at spots like Puerto Rico—where the mofongo and bioluminescent bays have been waiting for you—or the Bahamas, where a first-rate dive or scuba session in electric-blue water will definitely instill some awe and urgency to save our great oceans. Not quite ready to be around other humans? Rent your own island. We’ve rounded up the best island rentals on Airbnb, which are surprisingly affordable.

Or get your dose of summer fun out on the lake

Sand and sharks not your bag? Lucky for you there are some 125,000 lakes in this country, whether your style is to party on a pontoon, or just float in tranquility (good thing about a lake, if you float away there’s usually not that far to go).  Some of these lakes even come with quaint vacation towns, and some of those vacation towns even come with fudge. We’ve rounded up 20 of our favorite lakeside destinations, from the mysterious Upper Peninsula of Michigan to the Caribbean-blue waters of Washington’s Lake Chelan (which also happens to be in wine country… booze and views, baby).

Big city Pride marches are partially virtual this year for safety reasons (though we can’t wait to see how people get creative with masks, and parts of the body where masks aren’t usually worn). Los Angeles Pride is hosting a free virtual concert with Charlie XCX on TikTok (note to self: download TikTok); the Grammy Museum has a lineup of online events including a session with singer-songwriters Brandi Carlile and Melissa Etheridge on June 3, and a panel discussion, "Personal Identity and the Art of Songwriting," on June 24. NYC Pride is hosting a free online family film night on the 17th, a virtual film festival on the 18th, and a three-day virtual symposium of changemakers in the queer community from the 21st to the 23rd.

But Pride is also flowing from small towns and unexpected Red states—like did you know Anchorage, Alaska, has one of the best gay bars in the country? (Tagline: “Over 22 years of fabulous in the last frontier. We’re all a little mad here.”)? They’re hosting a week of events including a drag pageant we might just fly out to enter. And though Blue Ridge, Georgia, has pushed their Pride festivities to September, every Independence Day their PFLAG chapter marches through the streets in full drag. Give this town our money.

Commemorate the centennial of the Tulsa Race Massacre

This May marked 100 years since the Tulsa Race Massacre, when the bustling Greenwood neighborhood of Tulsa, Oklahoma—then known as “Black Wall Street”—was destroyed by a white mob in race riots. All month long, the city commemorates the tragedy with festivals and educational seminars: On June 2nd, they’ll unveil the new world-class historical center, Greenwood Rising. June 3rd marks the National Day of Learning, with a free discussion about the massacre facilitated by Dr. Cornel West; also debuting is a limited run of a new historical play about the massacre, told through true stories. On June 6th the Tulsa Symphony Orchestra joins Wynton Marsalis and the Jazz at Lincoln Center Orchestra to present All Rise (Symphony No.1), which “was written with themes of unity and spiritual ascendance.”

Related
How to Commemorate the 1921 Tulsa Race Massacre This Weekend

Explore the meaning of Juneteenth throughout the south

June 19th commemorates the emancipation of enslaved people in the US. Even though Lincoln’s emancipation proclamation took place in 1863, it wasn’t official until June of 1865, when more than 250,000 enslaved people were finally freed in Galveston, Texas. This year, the city will unveil a new 5,000-square-foot mural, “Absolute Equality,” in Old Galveston Square.

Once the epicenter of the domestic slave trade in North America, Richmond, Virginia now recognizes Juneteenth as an official state holiday. On the 27th, Elegba Folklore Society’s A Freedom Celebration will feature a symposium, performances, a Freedom Market, and a Torchlit Night Walk on the Trail of Enslaved Africans.

Continuing a month of events commemorating the Greenwood Massacre centennial, Tulsa, Oklahoma will throw a Juneteenth Festival from the 17-20th for a free weekend of music, food, arts and entertainment. Visitors will have the chance to see paintings by Amy Sherald (who also did the official portrait of Michelle Obama).

And in Montgomery, Alabama, the Rosa Parks Museum will hold a special Juneteenth Celebration with local food and merchant vendors, live music, and complimentary museum tours. While you’re there, stop by the Equal Justice Initiative’s National Memorial for Peace & Justice, and visit the Legacy Museum, whose deeply powerful exhibits educate visitors on the history of racism in the US, from past to present.

For two weeks every spring, fireflies light up the night in the Great Smoky Mountains National Park in Tennessee, flitting their bioluminescence to the delight of all who see them. This year, catch their synchronized light dance (also known as their mating display) from June 1st to 8th, with tickets obtained through a lottery. If the lottery eluded you, maybe just look around your backyard? Fireflies are everywhere, right?

There’s also an annual solar eclipse on June 10th, when some lucky folks can see the “Ring of Fire,” (insert Johnny Cash soundtrack here) when the moon is framed by a blazing ring of the sun (check this map to see if you’ll be privy to at least some of it). And of course, June 20th marks the summer solstice (or winter solstice, if you’re in the southern hemisphere). Plan something extra fun to take advantage of the longest day of  the year; if you’re in Alaska, maybe check out a midnight baseball game.

Vanita Salisbury is Thrillist's Senior Travel Writer. She once fell into a burning ring of fire. It burned, burned, burned.
Our Newsletter